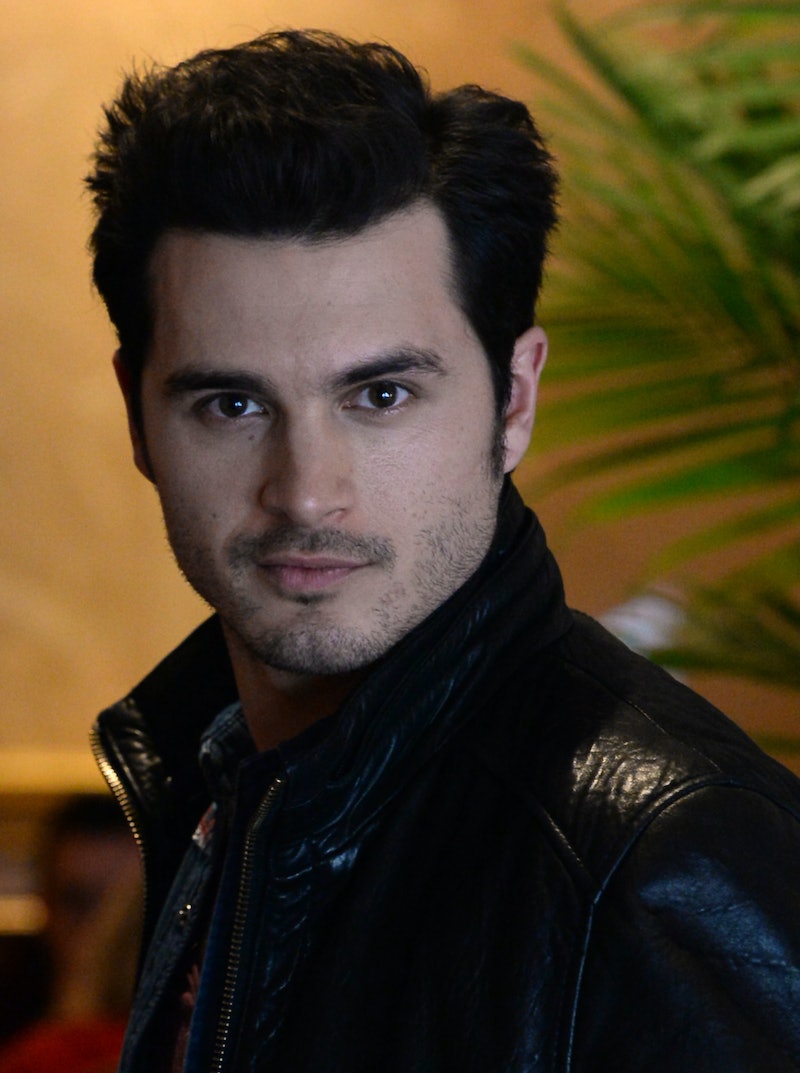 He plays one of those characters you either love or hate on The CW's The Vampire Diaries, but Michael Malarkey is nothing like his character Enzo in real life — that I know of, but I'm pretty sure he's not a killer vamp. For example, the actor is tied down to love and has been married to his wife for five years. Unlike Enzo, who's somewhat of a player (let's not forget he once had a true love in Maggie), and constantly gives Caroline compliments aka hits on the "gorgeous" blonde all the time, Malarkey is in wedded bliss with Nadine Lewington. I'm sorry if I just broke hearts everywhere, but, hey, don't you want this adored man to be in love and happy? Yes? That's what I thought.

Lewington is an actress, who's starred in a few productions, including BBC1's hospital series Holby City. The two tied the knot in 2009, and according to Malarkey, Lewington embodies many of his favorite things. As he told Life & Style Magazine, "There are so many things, but sense of humor. That’s the kind of bread and butter of a relationship." Yep, he's capable of making me swoon just like Enzo.

Malarkey seems like a pretty private person, other than when it comes to showcasing his acting and singing talents (yes, Malarkey sings too!), but there's nothing wrong with that. His personal life is his personal life, especially when you're living the life of a CW heartthrob.

However, that doesn't mean this happily married duo don't share photos via social media. Here are a few showing the couple in action, having fun, and being cute.

Now if only Enzo could find his happy ending.

More like this
Kaley Cuoco Was Set Up With Her New Boyfriend Tom Pelphrey By Her Manager
By Hugh McIntyre and Jake Viswanath
Don't Worry, Darling, Chris Pine Appears To Be Single Right Now
By Casey Cipriani and Jake Viswanath
Harry Potter's Viktor Krum Has Undergone A Huge Transformation Since Hogwarts
By Sam Ramsden and Meguire Hennes
Devi Is Going To Meet A “Smoldering Bad Boy” In ‘Never Have I Ever’ Season 4
By Jack Irvin and Gabrielle Bondi
Get Even More From Bustle — Sign Up For The Newsletter