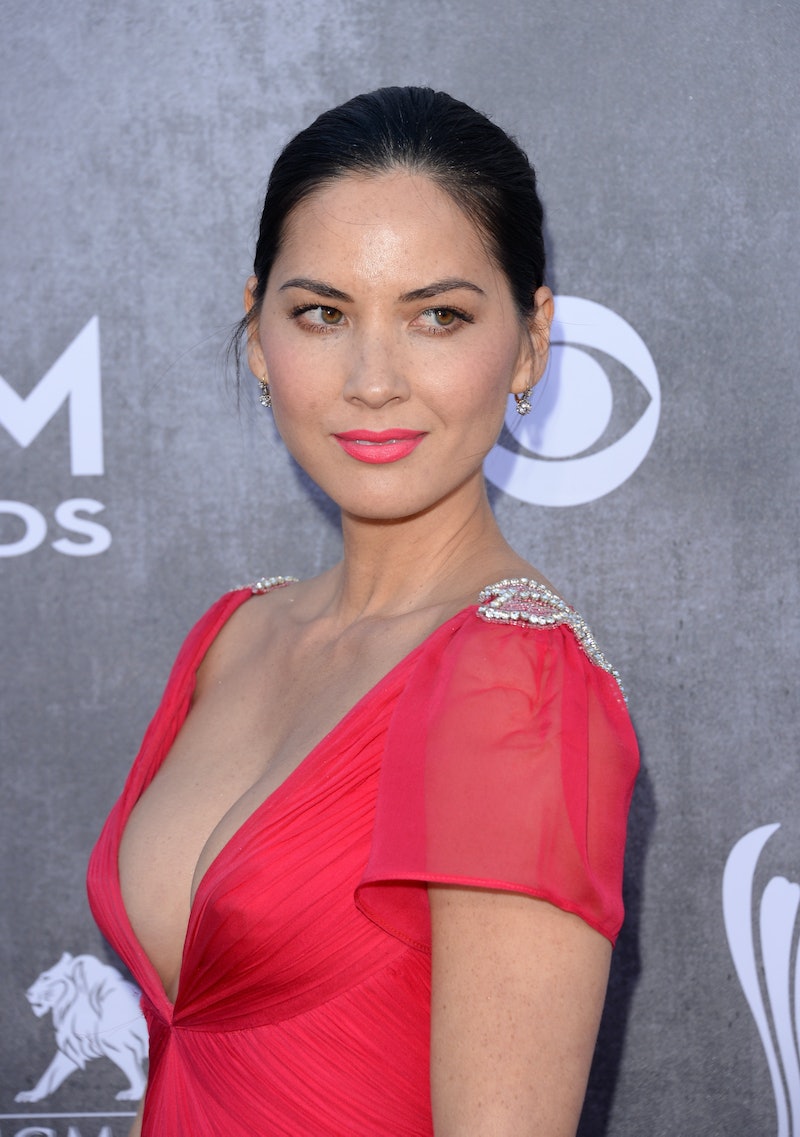 Rejoice! In case you are down about the final season of The Newsroom, starring a lot of great actors, but notably Olivia Munn, ending soon, this news should cheer you up. Olivia Munn just inked an incredible deal with CBS Studios that includes her producing series projects for the network. The first look deal that Munn has signed on for with CBS Television lasts for 18 months of which she will work to create and executive produce shows for the studio.

I’m excited to have found a common vision with CBS Television Studios and their executives and looking forward to developing exciting and creative new shows. This is a dream come true.

Unfortunately, the deal does not include an on-screen acting component, so we won't necessarily see her on-screen on whatever she develops. While I am not sure what the legal rules are of a deal like this, maybe, just maybe, whatever she does develop will include at least a cameo of her acting chops. This is an incredible step in the right direction to get more talented women on the development side of Hollywood, just off the heels of Amy Schumer's announcement that she will be producing a show for Comedy Central.

As previously mentioned, Munn is currently starring in the third and final season of The Newsroom, and has just finished work on Ride Along 2, which is, yes, a sequel to Ride Along (one).

More like this
Nicola Coughlan’s Description Of Meeting Olivia Colman Is Just So Nicola Coughlan
By Sam Ramsden
Olivia Wilde Addresses *Those* Florence Pugh & Shia LaBeouf Rumours
By El Hunt and Sam Ramsden
Shonda Rhimes' Net Worth Makes Her One Of The Wealthiest People In TV History
By Hugh McIntyre
At 14, Jurnee Smollett Was Taking Meetings With Missy Elliot & Lauryn Hill
By Chloe Foussianes
Get Even More From Bustle — Sign Up For The Newsletter