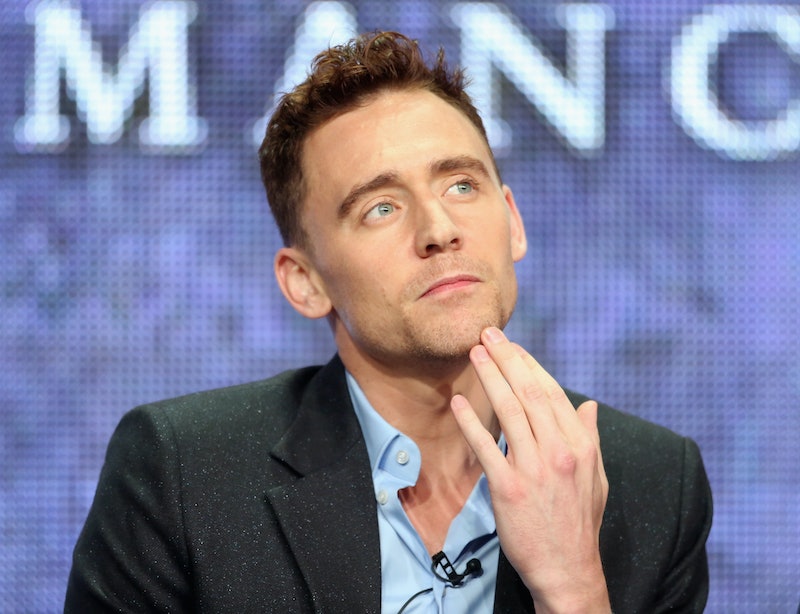 I know we've all been thinking it ever since the wonderful announcement came that Benedict Cumberbatch would be playing Doctor Strange, becoming the newest actor to join the Marvel family for an unplanned amount of movies. In fact, we already know that it's (probably) a guarantee that Hiddleston and Cumberbatch will meet in a Marvel movie at some point or other. After all, Doctor Strange and Loki do cross paths in the comics, and who is going to deny these two off-screen friends the chance to ham it up together on screen? (Please don't deny these two off-screen friends that chance.)

However, I'm not sure how long I can wait to see Hiddleston and Cumberbatch on my screen together. I mean, what if Marvel never adapts a story featuring the two of them or one of their contracts with Marvel expires before that film materializes? Worse, what if Marvel doesn't know to prioritize this collaboration over anything else they've got going (except, of course, a Black Widow movie)? That would just be a travesty. So, just in case the head honchos over at Marvel are listening, or Cumberbatch and Hiddleston don't realize how much we value their friendship, here are seven reasons why the two of them need to star in a superhero movie together, like, right now.

1. They Haven't Been In a Movie Together Since War Horse

Let me repeat: for all that we adore talking about Hiddleston and Cumberbatch, they haven't actually been in a movie together since War Horse. War Horse came out three years ago. It has been three years since you could see these two actors on the same screen at the same time, and now you want to make fans wait even longer to see it again? Let's not be cruel.

2. They Can Out-Act Each Other

Have you seen Cumberbatch on Sherlock? Have you seen Hiddleston as Loki? Can you imagine the two of them and their wild dramatics going toe-to-toe in a Marvel movie? It's a superhero movie that already stretches the boundaries of belief, so it's not like either of them will have to tone it down. Who would win in an overacting contest? (The audience, that's who.)

3. Their Combined Fan Bases Would Sell Out the Theaters

Put Hiddleston and Cumberbatch in a film together and you'll get the Hiddlestoners selling out one theater and the Cumberbitches filling out the next. I foresee this film being sold out for months on the basis of Tumblr users alone. I'm pretty sure you could get them to leave their houses for this.

Loki has faced his brother, his father, everyone in Asgard, S.H.I.E.L.D., and the Avengers. I think it's about time we give him a fresh challenge — like a Doctor Strange played by the same man who portrays the world's greatest detective. (Second only to Batman.)

5. The Avengers Can't Be The Only Ensemble Film

I mean, shaking up that franchise by changing The Avengers line-up will only work for so long. Eventually, people are going to want to see something fresh and different. Like, oh, say, Doctor Strange and Loki being in a movie together. Just, you know, throwing that out there.

6. The Gag Reel Would Be Epic

I mean, on the basis of Hiddleston's laugh alone it would be epic. But when you add Cumberbatch to the mix, it's just a recipe for greatness and puns and random dancing and everything good about life.

7. Because I Said So

Sorry, what? What do you mean that's not a valid reason for these two actors to be in a Marvel film together? I disagree completely. I want it, so it has to happen. Let's get on this, people.