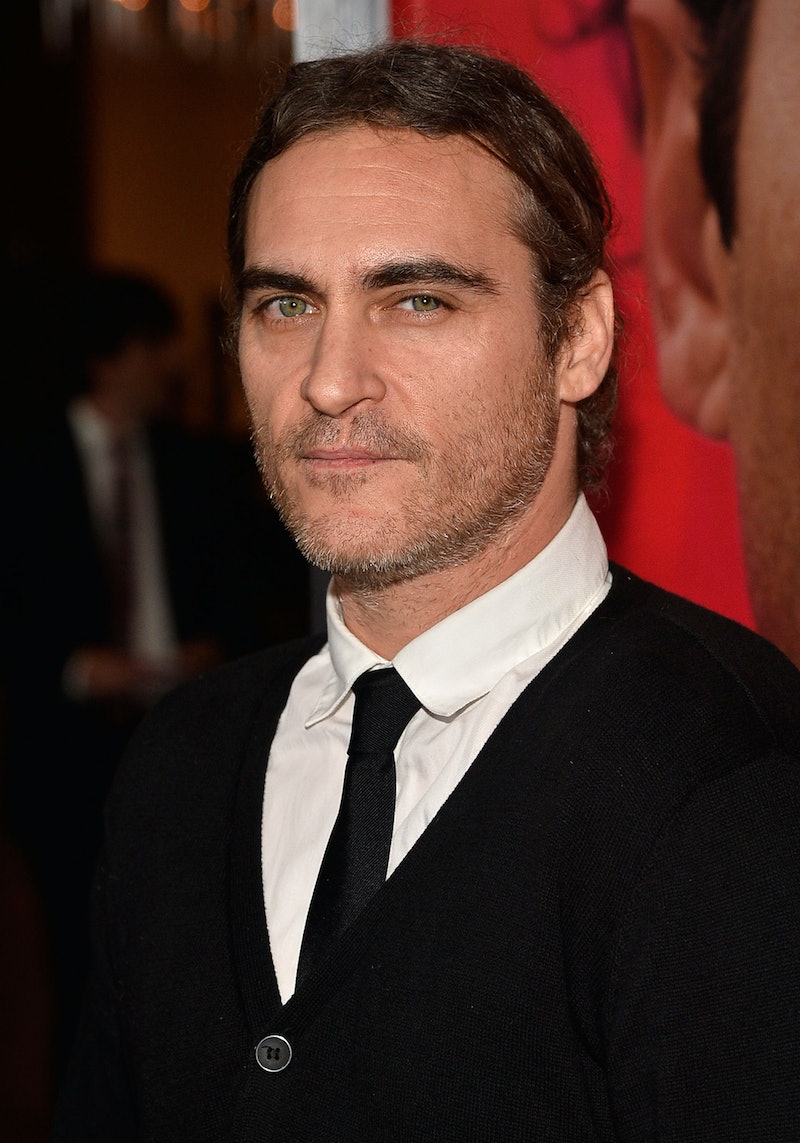 Is it April Fool's Day? Nope, far from it, but apparently no one told that to Joaquin Phoenix. On a Monday night interview with David Letterman, the Walk The Line actor claimed that he's engaged to a yoga instructor. But less than 24 hours later, he confessed he made it all up. On a Good Morning America interview on Tuesday, Joaquin Phoenix admitted it was all a hoax. Very bizarre, huh? I can't help but wonder what the motive was. Is he currently working on a film about yoga and wanted to get really into the role? Was he just messing with us for fun? Oh, and one last important question: Is Joaquin Phonix actually dating anyone?

While Phoenix told Good Morning America that his life is boring and he wanted to amuse the audience, he also said, "They really like people getting married... I can get engaged again, if you like." Hmm, does that mean there's a potential woman he could propose to? Let's investigate...

Although I couldn't determine whether he's definitely dating anyone at the moment, his last public relationship was with Allie Teilz, a 20-year-old DJ. Phoenix and Teilz began dating last November, but haven't been photographed together recently. Despite the lack of photo evidence, E! News claims they heard Phoenix is still dating Allie Teilz to this day. I'm inclined to believe that, since E! does have plenty of valid sources. Yet at the same time, I'm slightly skeptical, and here's why: on Teilz's Instagram account, she posts a ton of photos with friends, but none with Phoenix. Does that mean they're not together, or he's just camera shy?

A recent interview Phoenix did with Playboy raises more questions. The interviewer mentioned Teilz, asking, "Lately your name has been linked with Allie Teilz, a 20-year-old DJ. Romantic relationships can be tough enough; does the presence of press and photographers bump up the difficulties exponentially?" In his response, Phoneix didn't deny or confirm that they're together. Instead, he emphasized how he believes in privacy in relationships:

Relationships are difficult, so adding public awareness is probably not a good thing. I’ve been fortunate, and my friends, like me, don’t pay attention to that stuff. If you let it be a part of your world, it affects you. If you want to go online or look at yourself in a magazine, it’ll probably f— with you. Luckily I’ve never had an interest in that. Oftentimes now we have the experience of walking down Melrose Avenue right by the paparazzi, and they sometimes go, “Hey, Joaquin,” or they don’t say anything, but they don’t take a picture.

Hmm, funny that a guy who loves to create his own hoaxes on late night television tries to avoid "public awareness." Another interesting aspect of that statement though is where he says, "Now we have the experience of walking down Melrose Avenue." Who is the "we" in that statement? Could it be Teilz, since she's referenced in that question? That could make sense to me.

Here's my conclusion: No one knows the answer except Phoenix. Even if he is dating someone, he'd probably keep it under wraps — despite his tendency to pull outrageous stunts during TV interviews. This also means we pretty much can't believe a word he says. So I guess we'll have to wait and see if he winds up actually married. And if so, I'd like to see a copy of the marriage license, please!

More like this
Don't Worry, Darling, Chris Pine Appears To Be Single Right Now
By Casey Cipriani and Jake Viswanath
Khloé Kardashian Is Reportedly Dating A Private Equity Investor She Met Through Kim
By Jordyn Tilchen and Jake Viswanath
Dixie D’Amelio & Noah Beck “Love Each Other” Despite Breakup Rumors
By Julia Emmanuele, Jordyn Tilchen and Grace Wehniainen
Hailey Bieber Reacts To Rumors She "Stole" Justin & *That* Selena Gomez Chant
By Radhika Menon
Get Even More From Bustle — Sign Up For The Newsletter