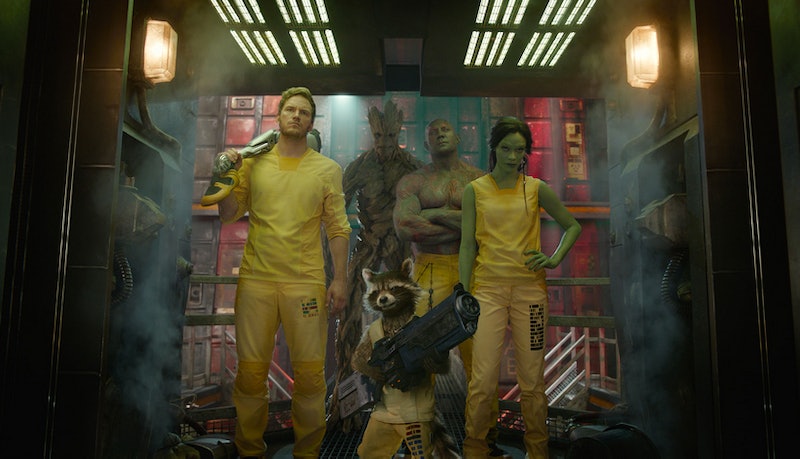 Aaaaah, yes. It's about time: Guardians Of the Galaxy has an honest trailer, finally. It was one of the biggest movies of the year, making this an inevitability. So what did Screen Junkies have to say about Marvel's latest, and the departure it made from Marvel Cinematic Universe features past?

For one, this honest trailer tackles that departure head-on. Guardians Of the Galaxy, after all, was pretty damn different than Captain America: The Winter Soldier, and one might even say it was a moment of hubris for the studio. It just turns out that this one managed to beat the origin story of hubris by actually succeeding in its pride. As Screen Junkies puts it:

Experience the swagger of a movie studio drunk on its own power, as Marvel trolls the world and doles out middle fingers to the audience they know they have in the palm of their hands. 'Oh you like superheroes? Well how 'bout a movie that stars a ****ing raccoon and a ****ing tree?

Alas, that movie about the raccoon, the tree, the many-colored people and the white guy who brings them together made a metric crapton of money for Marvel. And hey, it was kind of fun along the way. But that doesn't mean it wasn't a big "**** you" from Marvel. With a lot of space mumbo-jumbo.