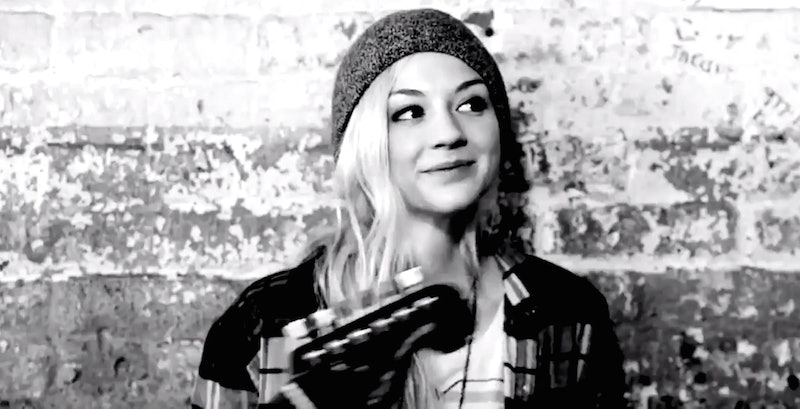 ALERT, ALERT. The Walking Dead's sweet, dearly departed Beth Greene may not be so departed after all — in fact, judging by this new video, she's alive and well...and has transitioned from badass zombie killer to badass rock star. OK, so, it's not actually Beth Greene — but the brilliant actress who portrayed her, Emily Kinney, has just released a new music video for her track "Rockstar," proving that, even though TWD may have killed Beth off in the most heartbreaking way possible, she's not going anywhere.

Kinney — who has been a musician for a long while now — is busy working on her first full-length album, so this is a great little preview of what to expect from the songstress. Though she's previously released an EP before (Expired Love, which is on iTunes!) this song is brand-new, and will likely be featured on her album which is set for release next year.

The song itself is just about as sweet as Kinney herself is: Based on the premise about wanting to marry a rock star, it might just make the blow of Beth Greene's heartbreaking TWD death a little easier to bear, because at least it means Kinney can focus on releasing more music now.

Check the video below.