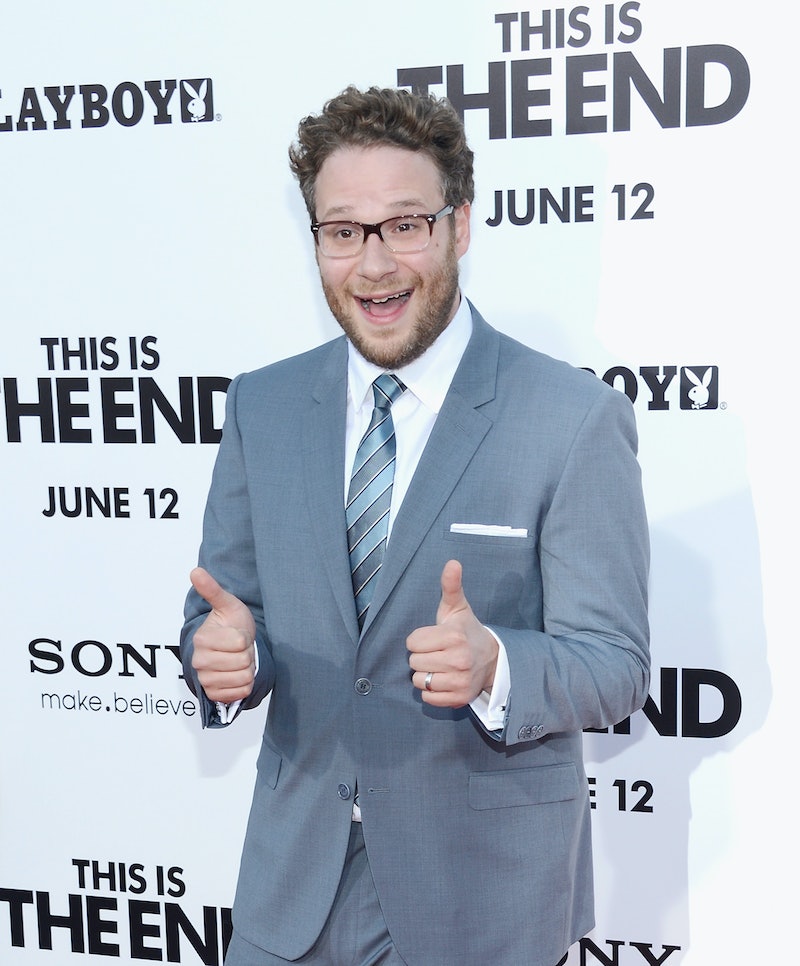 In a new interview with Rolling Stone magazine, Seth Rogen shared a very special story about the artist responsible for the song/music video that inspired the “Bound 3” parody video. You followed that, yes? It's a story about Kanye West. Some time after the "Bound 3" video dropped, Rogen pulled West aside at a party. The rapper proceeded to ask the comedian to hop in a limo van for a listening session. Here’s Rogen's account of his limo hangout with West (via Consequence of Sound):

Kanye was like, ‘What are you guys doing? Want to hear my new album?’ So he takes us to this limo van and starts playing his album – except theres no lyrics only beats. So he raps the whole album and after each song, he stops it, like ‘So what do you think?’ We were in the van for 2 hours!

West freestyled for Rogen for two hours. Pardon me, West freestyled along with his highly anticipated to-be-released seventh album for Rogen. For TWO HOURS. What a dream.

Can you even imagine? I would return to the party and be like, "Oh, NBD, just heard Yeezy's new album. What's that? No, he didn't just play the album. He freestyled over the beats. For two hours. What's that? Why yes, as a matter of fact it was the greatest thing I've ever seen/heard. It was the opposite of 'NBD.' It was a very big deal. I'm going to go home and stare at the ceiling and decompress now. TOODLES."

More like this
Kanye West Apologizes To Kim K "For Any Stress I Have Caused" In Rare Interview
By Jake Viswanath
Confusion Reigns After Kanye Changes His Instagram Profile Pic To Kris Jenner
By Jake Viswanath
Lizzo Twerks While Playing James Madison's 200-Year-Old Crystal Flute Onstage
By Radhika Menon
Looks Like She Made It
By Lindsay Zoladz, Beau Grealy and Tiffany Reid
Get Even More From Bustle — Sign Up For The Newsletter