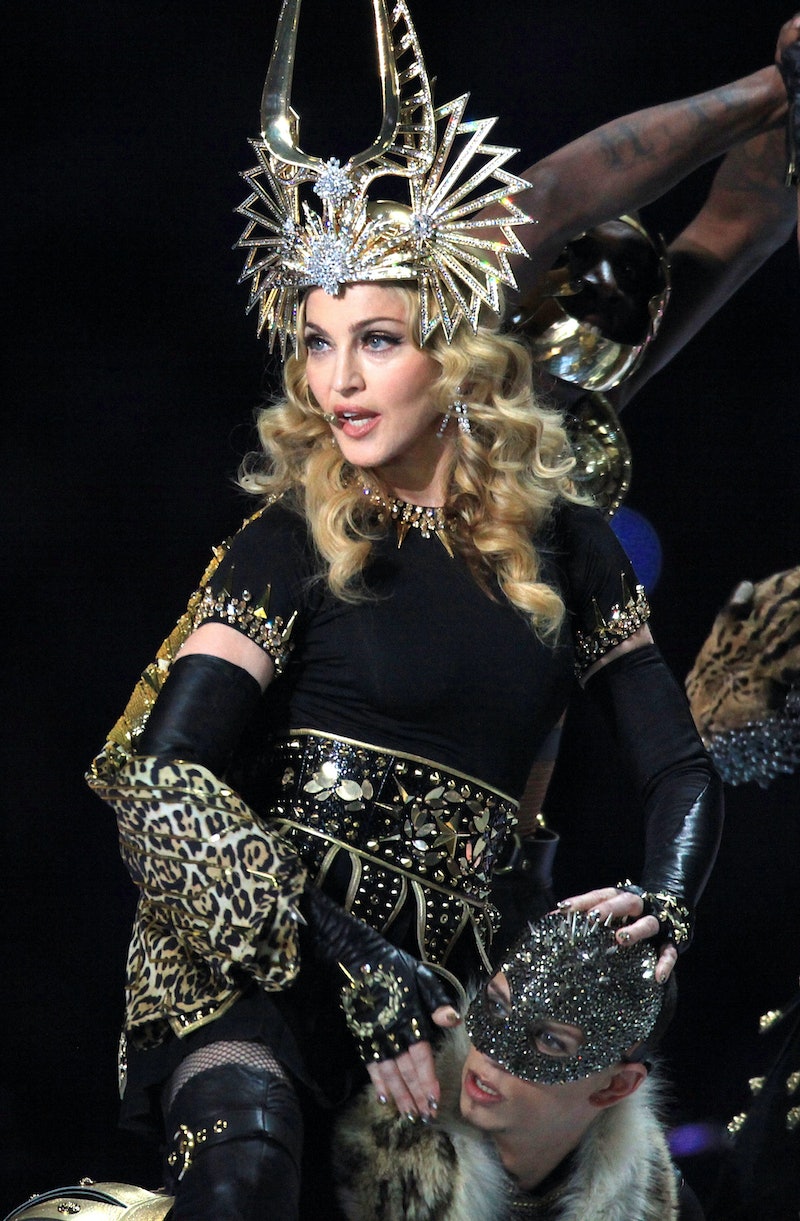 Well, this is exciting news: pop music hit-maker Ryan Tedder revealed to the Mirror Online on Sunday that he's worked on Madonna's new album. In fact, Tedder declared that Madonna's new material is "her best stuff in over a decade." Wow. That's quite an endorsement! Tedder is one of the most in-demand producers and songwriters in the music industry today. Over the course of his career, the 35-year-old One Republic front man has crafted big songs for artists like Adele, Beyoncé, Taylor Swift, Leona Lewis, One Direction, Ariana Grande, and more. He's definitely a welcome addition to Madonna's growing list of contributors. So, when is Madonna's new album coming out, anyway? What about her new single? And has she worked with any other cool artists aside from Tedder?

You've got questions, I've got answers.

According to Billboard, Madonna is planning to release her 13th studio album at some point in 2015. (I thought that it might be out this year, but alas.) The LP's lead single could premiere in just a couple of months. Producer Diplo, who has been heavily involved in Madonna's new effort, reportedly said that the song has a "reggae/dancehall vibe" to it. Awesome. Now, Madge has put in studio time with many talented musicians over the past several months, but there's one person who I think fans will be especially pumped about: Nicki Minaj.

Yes, Diplo confirmed in a November interview with inthemix that Madonna and Minaj have recorded a song together. Whether it will appear on the 56-year-old pop music icon's new album or an upcoming Diplo project remains to be seen. Other recent Madonna collaborators include Toby Gad (Beyoncé's "If I Were a Boy"), MoZella (Miley Cyrus' "Wrecking Ball"), Swedish DJ Avicii ("Wake Me Up"), and indie pop singer Natalia Kills.

Unfortunately, at the end of November, two new Madonna songs leaked online: "Rebel Heart" and "Wash All Over Me." Both tracks sounded promising, but unfinished (they've subsequently been taken down from most websites). Obviously, Madonna wasn't happy about the breach:

Yikes. I hope that Madonna's team will be able to prevent any further unauthorized releases. That being said, I can hardly wait to hear what the reigning Queen of Pop has in store for us!