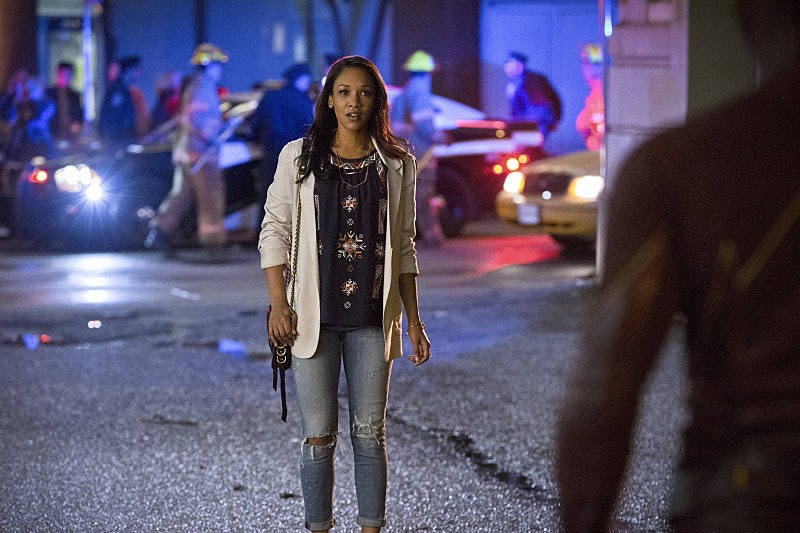 Big news for 'shippers everywhere -- Barry Allen finally revealed to Iris West that he is in love with her on Tuesday's episode of The Flash. After a few cryptic comments from Grant Gustin on social media that this would be a big week of honesty between the two characters, fans aren't exactly surprised by the confession, but it didn't make it any less gut-wrenching. Barry visited his father in prison after failing to catch Reverse Flash, at which point his father told him he needed to move on because he had spent too much of his life putting off what is most important because of his obsession with finding the "Yellow Streak" that killed his mother. After his father revealed that he also knew about Barry's crush on Iris (at that point it was clear that literally everyone knew except Iris), Barry decided to take a risk and let her know how he feels about her.

Of course, this is coming right after Eddie asked Iris to move in with her, a pretty big step in their relationship. This has left Iris in a particularly awkward place -- while it is clear that she reciprocates Barry's love, it isn't clear whether or not it could manifest into that kind of love. It looks like at some point she is going to have to make a decision between Barry and Eddie, now that she knows the truth.

Not only are things going to be weird between Iris and Barry, but also between Iris and Eddie. Eddie, of course, has suspected Barry's feelings for Iris all along. How is he going to react when he finds out that Barry has finally been honest about having feeling for his girlfriend? Something tells me he isn't going to take this one on the chin.