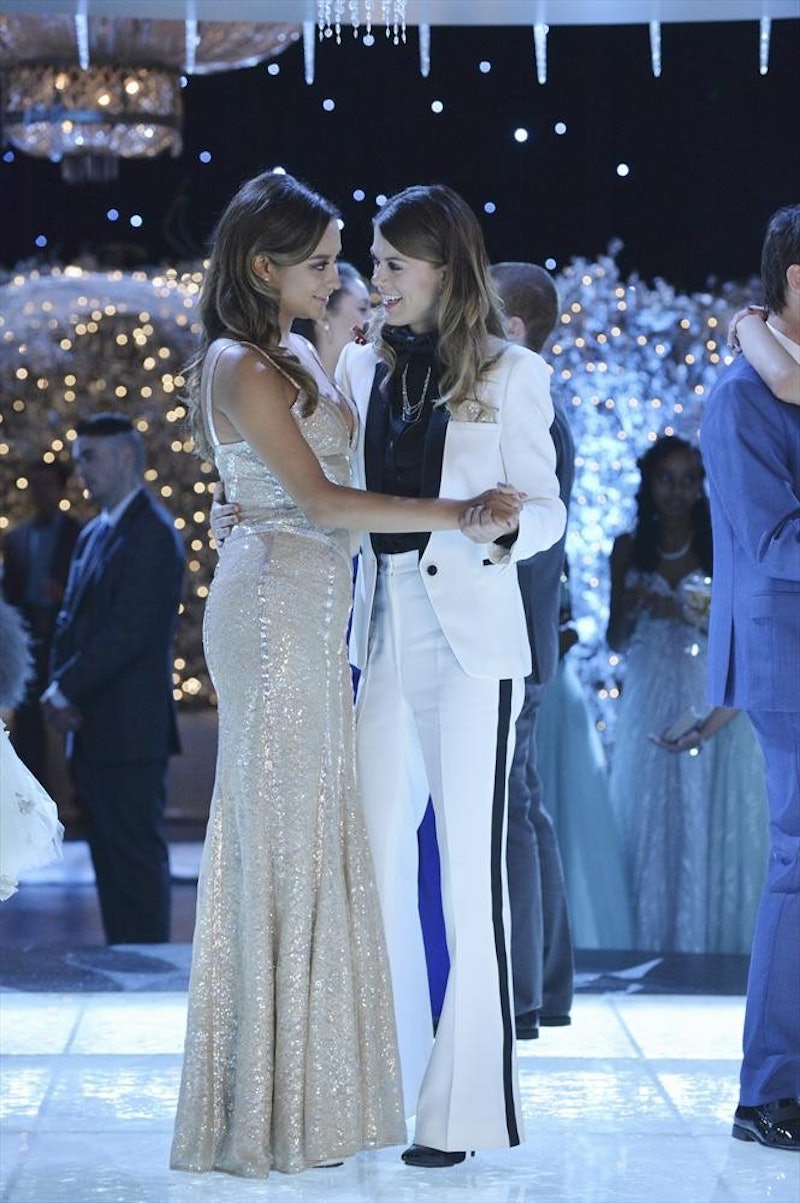 Ho! Ho! Ho! ABC Family truly knows how to fill it's Tuesday evenings with holiday spirit, like tonight with the Pretty Little Liars Christmas episode. Per usual PLL fashion, many questions were brought about, like what's going to happen between Emily and Paige aka Paily? Well, based on the fact that Paige's parents want her out of Rosewood, things look quite grim for these lovebirds.

Despite dancing under the frosted moonlight at Ali's ridiculous, yet charitable, Ice Ball, Emily was forced to face her future with Paige. Will they even have a future? Paige reveals to Emily that her parents don't think Rosewood is safe anymore (duh!) and that they want her to join them in California. I guess they could do a long distance relationship, but I don't know how well that would work out. "A" would most likely get in the way of that long commute.

Let's be clear, this isn't what Paige wants at all, as we and Emily overheard her angrily say to her parents on the phone, "It's not what I want, it's what you want." Her move will be that much easier now that she'll have enough credits to graduate by the end of the spring quarter. Who else thought these two would have more time together — at least through graduation? Yeah, so did Emily.

Well, anyone and everyone has been through much worse on PLL and has survived (if they were lucky), especially when it comes to relationships. Just look at how far Ezria (Ezra and Aria) and Toby and Spencer (Spoby) have come.

Emily and Paige have definitely had their ups and downs, and even though this might not have been their one Christmas wish, at least they have a few more months together. If you're a true Paily believer, then keep good thoughts and try not to look at the word "hope" like Spencer aka as a "dirty four letter word."

More like this
10 Stranger Things-Inspired Halloween Costumes For True Fans
By Emma Carey
7 ‘Bridgerton’-Inspired Halloween Costumes You Can DIY
By Emma Carey
Shonda Rhimes' Net Worth Makes Her One Of The Wealthiest People In TV History
By Hugh McIntyre
The Best 'Grey's Anatomy' Intern Moments, From MAGIC to Glasses
By Grace Wehniainen
Get Even More From Bustle — Sign Up For The Newsletter