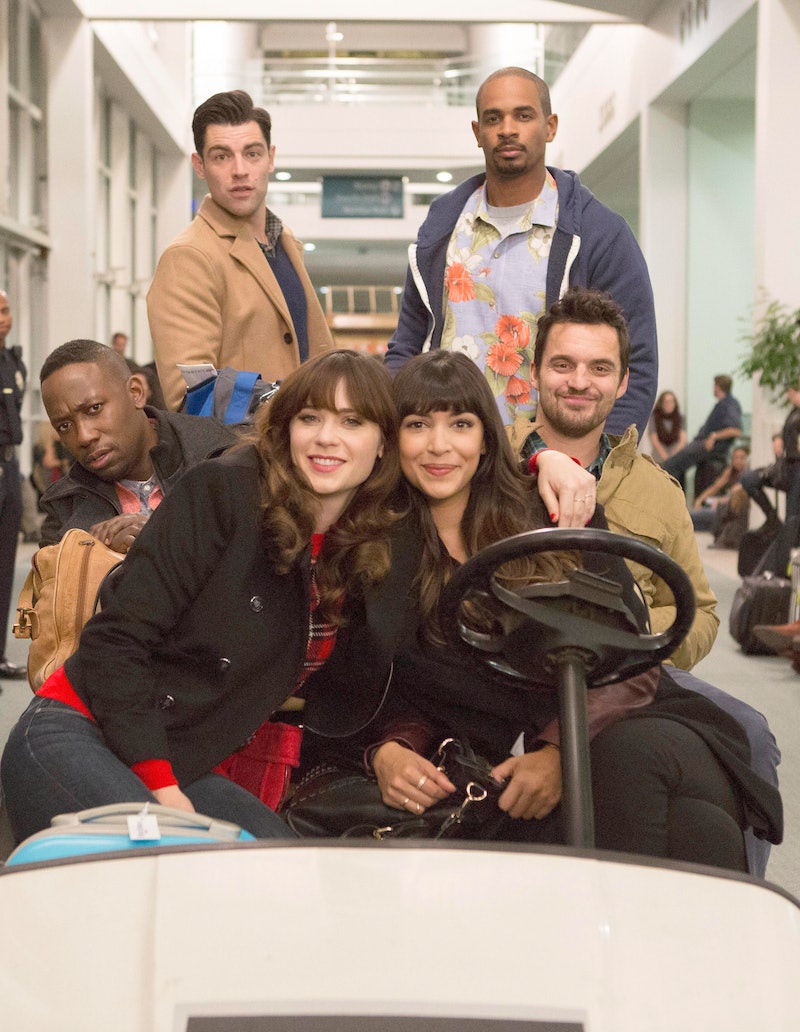 Drop everything you are doing right now and listen up, folks, because New Girl just gave fans the best Christmas gift of them all: the hope of a Nick and Jess reunion. During Tuesday night's New Girl holiday episode "LAXmas" Jess and the gang get stuck at the LAX airport due to bad weather delaying all of their flights. But after befriending a certain pop culture savy ticket agent, played by the always hilarious Billy Eichner, he offers Jess the chance of booking a first class flight anywhere that she wants. But instead of using the opportunity to follow through on her plans to go spend Christmas in London with Ryan and his Downton Abbey-rich family, she uses her ticketing wish to get Nick and Winston first class tickets to Chicago.

Sure, some skeptics could say she was using this kind gesture as a guise to help her escape the pressure of meeting her boyfriend's parents. But I think it proved that when push came to shove, Jess was willing to sacrifice her own holiday in order to help Nick out. And what did Nick do when he found out she planned on spending Christmas alone? He gave up the comfort of his first class seat to go convince to get on a plane to London. He refused to let her spend the holiday alone and assured her of just how amazing she is.

Seriously, you guys, I don't know what it is about sitcoms and airports, but this had a very Ross and Rachel type of vibe in my opinion. Granted, they both ended up going their separate ways: Nick off to Chicago (in a non-first class seat this time) and Jess off to England to give things with Ryan a chance. But that doesn't mean their feelings for each other aren't still there. Because they definitely are. I could feel it. As soon as Nick knew Jess was sad, he sprang into action. They were willing to sacrifice their holidays for each other, which, to me, is the gift that keeps on giving.

They might not be ready to reconcile right now, and that's fine. But if this week's episode has taught me anything it's that the thought of Nick and Jess getting back together is not only possible, but highly probable. They're right for each other… just not right now. But given what I've just seen it'll be well worth the wait.