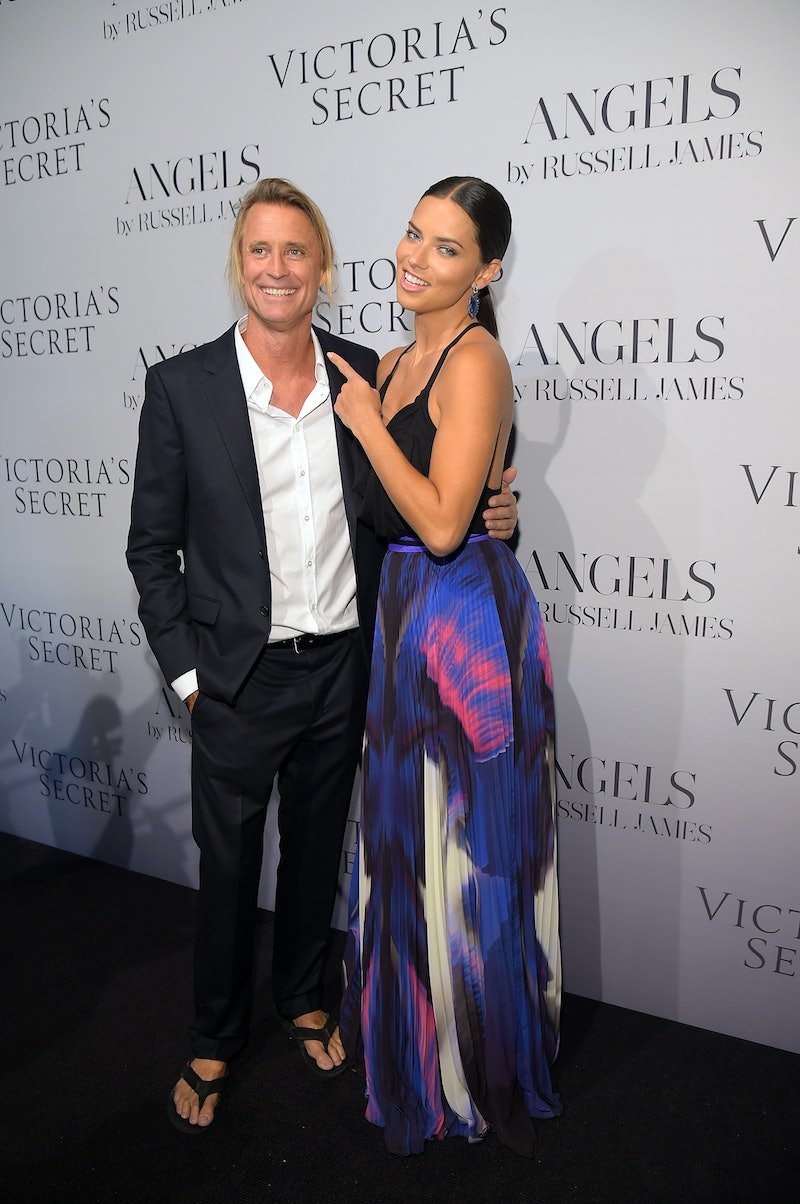 We've known for a while that photographer Russell James' book, Angels , would be released this year. But we got an extended sneak peek into exactly what's in the book and what went into its production during the 2014 Victoria's Secret Fashion Show. And it looks like a surprisingly great book of fashion photography. It's not avant-garde, but it's like the girl-next-door of big glossy photo books. From what we saw in the photo shoots and the glimpses of the stills that they chose for the book, all of the women look like they were captured on their best day, in the best lighting, and James just happened to be there with a camera.

What inspired me was that the models all seemed to have agency in how they were portrayed. They weren't being shot from above, forced into lewd poses. Instead, even though they're often undressed, they're not being totally objectified. There's a difference between looking sexy and being played with like sexual objects. While it may seem like just a glorified underwear advertisement, Victoria's Secret occupies an odd place at the crossroads of our culture. Yes, they exist largely to sell expensive, lacy underwear by putting it on a collection of very thin women. But more than just the supermodels among us have shopped for something from VS (even if it's as sensible as a plain black bra).

And Victoria's Secret Angels have gone from catalog to couture in the last few years. Karlie Kloss, Alessandra Ambrosia, Adriana Lima — all are doing tenure as Angels, and all are considered supermodels. And watching their comfort with being photographed nude by James and contrasting it with their work in VS shows and in high fashion magazines is kind of fascinating — you notice just how much work the clothes can sometimes do in a photo shoot to obscure the modeling on display. So it's not totally crazy if you're suddenly curious about James' book and think it might have a spot on your coffee table.

Angels just came out a few months ago, so it's not super easy to find. You can purchase it from James' site, but it'll cost you — 200 dollars for a signed copy, and 300 if you want a "personalized" edition. It's a little less steep on Amazon — $134.99 for a not autographed or personalized version — but not available at Barnes & Noble or other bookstores yet. For the highest of the high rollers and biggest of the big spenders, you can also see the collection in person and maybe even cast a bid on one of James' portraits. I don't know if I have that kind of bank, but I do have a new appreciation for James' work photographing women — it's not easy to make a whole book of barely clothed supermodels a must-buy for a fashion-phile.