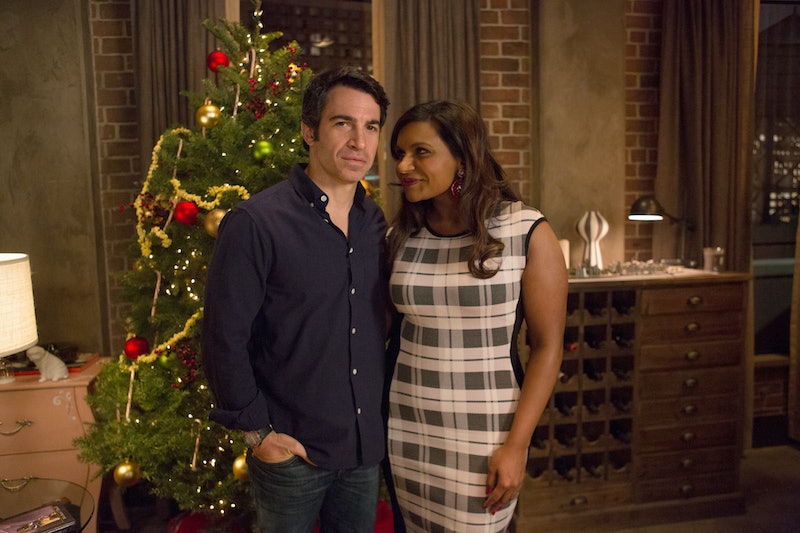 The time has come in The Mindy Project 's season when the question of if Danny and Mindy would actually get engaged on the show, or if it was something that would constantly be teased to viewers but never happen. I, personally, am torn on the topic. I love Mindy and Danny more than I love most real life couples that I interact with — yeah, I'm invested, sorry — but I fear that their relationship is hurting the show slowly. Obviously Mindy and Danny are endgame, but halfway through Season 3, is it time for endgame to happen? Well, The Mindy Project writers might have bought themselves some time when they wrote in an eight month fellowship at Stanford for Mindy.

The episode itself seemed like it was going in an entirely different direction that ended with a marriage proposal. But when it turned out that Danny's $20,000 purchase from "Forever Stones" (that Mindy learned about by piecing together shredded credit card statements a la Argo) turned out to be a burial plot company (get it? Forever Stones... like headstones) her dreams came crashing down. OK, my dreams came crashing down, too.

But you know what, Mindy is a lot more than just a relationship with Danny. Recently, the show hasn't had those types of relationships for Mindy — where are her friendships with other women outside of work? — but finally the show is giving Mindy more story beyond her love life. Mindy's acceptance into the Stanford fellowship not only allows her to further her career but also give us a little Mindy minus Danny (maybe, maybe he could follow her).

It is worth noting that Danny's realization that Mindy should be considered for the fellowship, leading him to finish her application for her — including a beautiful letter of recommendation — was very adorable. How can you not love this guy? As mentioned earlier, there is nothing fans of the show want more for Danny and Mindy to end up together, but this long-distance relationship that could affect them might just be the space they need, and the space viewers need to fall back in love with them.

But then there's the real question... Is Mindy going to just go away for eight months, or is the show going to fast forward? Because I'm not sure I'm OK with either of those choices.