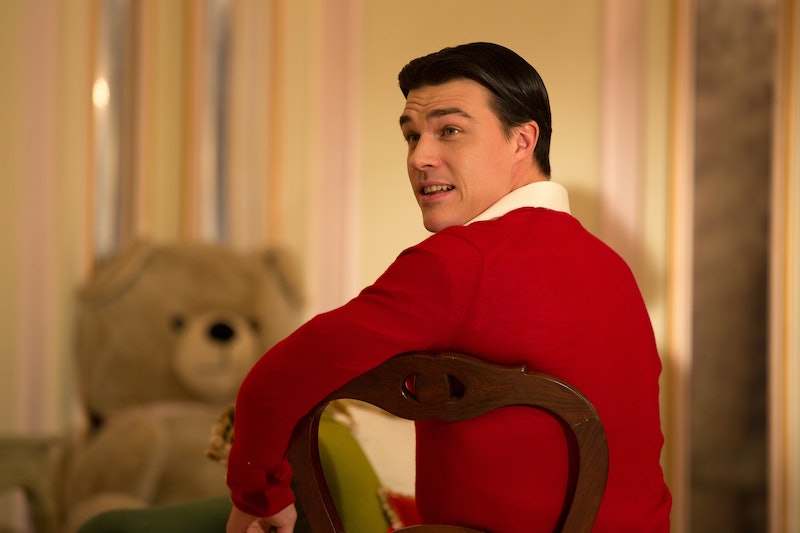 Can we all come to an agreement that Dandy is the most terrifying villain American Horror Story has ever had? He beats out any of the "bad ghosts" from Murder House; is given a run for his money by Bloody Face in Asylum , but still takes the title; Coven doesn't hold a candle to any of the seasons, so we'll just skip that, which brings us to Season 4, Freak Show. I mean the guy bathed in his dead mother's blood. But just because it seems that Dandy is untouchable now, does that mean he will remain untouchable until the end of the season? I'm not so sure about that, in fact, I think it is very possible that Dandy could die at the end of Freak Show.

I don't know any more than the next AHS fan, but there's no way Ryan Murphy & Co. are going to let Dandy get away with this much murder and let him walk free at the end, right? They wouldn't do that to those of us who sometimes have a tough time distinguishing between reality and fiction, right? Are you listening to this, Ryan Murphy? Well, if the past three seasons of American Horror Story are any indication of what could happen to Dandy at the end of the season, I think we might be able to predict Dandy's death now.

In Season 1, or Murder House, Rubber Man and Tate were both the villains of the season. I guess there were a lot of villains that sesaon, but since every single person on that show died, or was dead, it pretty much proves the point that the bad guy dies at the end. In Season 2, Asylum, we can all agree that the big villain was Bloody Face. As we know, Bloody Face was killed at the end of the season, by Lana. Another one bites the dust. In Season 3, Coven, Fiona and the Axeman — just two of the season's villains — also found the same fate as the previous villains on the show. Their deaths put the final nail in the coffin (HAHA, get it?) that the villains die at the end of each season.

Now, is there a chance that this won't be the case for Dandy? Of course, there is a chance. In fact, I fight with the idea that Dandy is just so terrifying that his liveliness at the end of Freak Show would make the finale the creepiest yet (and why wouldn't the writers want that?). Plus, if Dandy doesn't die at the end, it could allow for the crossover theories of Asylum and Freak Show to make more sense. Bustle's Kelly Schremph suggests that these two characters are even related, so if Dandy were to survive the finale of Freak Show, a connection to Bloody Face and Asylum — which takes place roughly 12 years post Freak Show — could have even more ground to stand on.

But I'm one for tradition, so if the rest of the villains don't live through the finale of each season, then I'd say Dandy should stick to the same fate. Please.