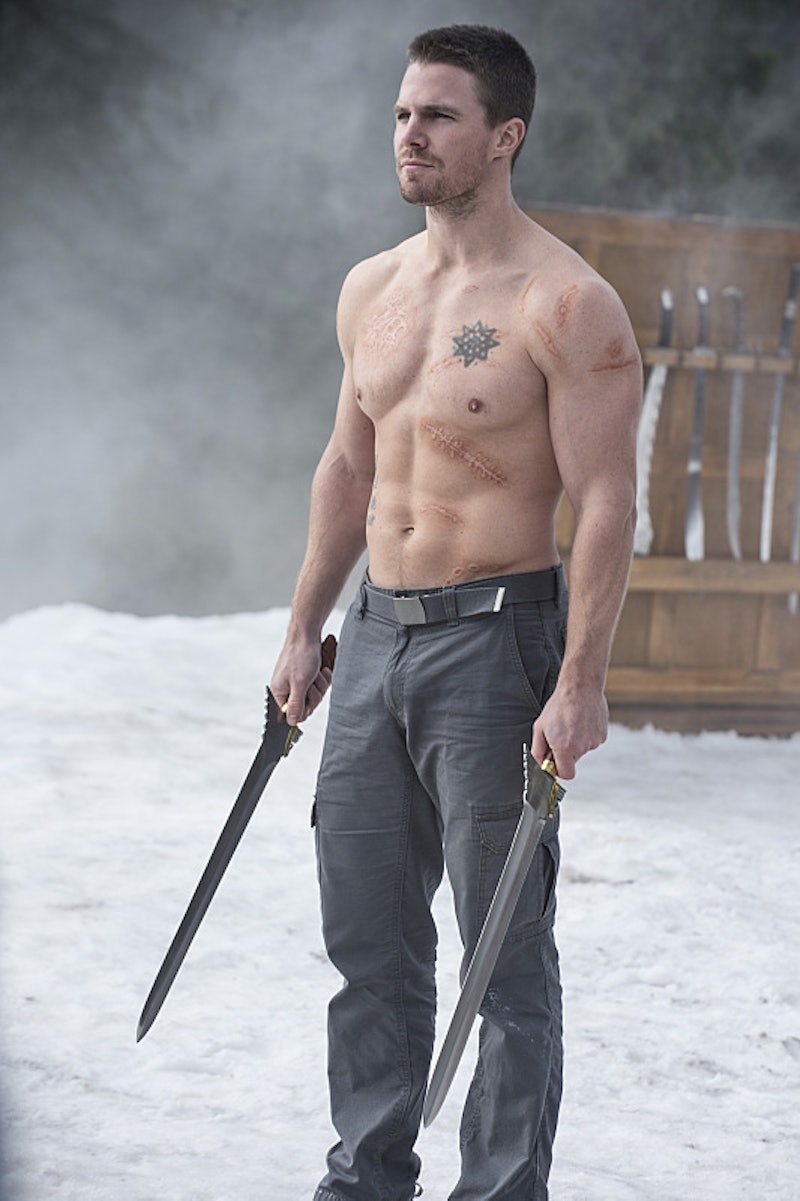 Let me just start this off by saying that I love Christmas. I do. I really, really love it. The gifts… the decorations… the carols — it’s all pretty fantastic, in my opinion. In fact, I love this holiday so much I sometimes even watch Christmas movies outside of the traditional winter season. That being said, there is one major downside to this time of year, and that’s the disappearance of our favorite TV shows. Yes, like it or not, folks, winter hiatus is fast approaching, and has left many of us wondering when will our beloved shows like Arrow be returning? And unfortunately the answer is: not for quite a while. I’m sorry to say that after this Wednesday’s “The Climb” episode, Arrow won’t return until Jan. 21, 2015.

That means we have to wait until next year to see Oliver Queen & Co. Which, if I'm being completely honest, is pretty much the exact opposite of Christmas cheer. (Way to be a buzzkill, Arrow writers.) Thankfully, there are a few surefire ways to help make this temporary hiatus fly by faster than one of Oliver's pointy arrows. (And no, I didn't mean for that to sound so dirty.)

Just because one obsession is put on hold doesn't mean you can't find another series from the network to binge-watch. The Vampire Diaries, Supernatural, The 100, and Reign can all be found on Netflix, while The Flash and Jane the Virgin are streamable via Hulu Plus. So grab a new CW show, a bowl of popcorn (extra butter, obvs.), and let your latest obsession carry you into the new year.

It's almost Christmas, which means there are currently a ton of fun activities at your disposal. (Tis the season for distractions, after all.) From rocking out to holiday tunes to decking out the halls of your apartment with Christmas decor, there's plenty of merriment to be had this time of year. Not to mention the vast amounts of shopping/presents coming your way.

Familiarize Yourself With DC Comics

I'm a big believer in the idea that books are even better than their movie/TV counterparts. Harry Potter, The Hunger Games, The Hobbit — these were all turned into incredible movie franchises, however, it could be argued that the books are still far superior since they're able to provide so much more information than a two-and-a-half-hour film could possibly cram in. So if you're a fan of the Arrow series, just imagine what you'd think of the comics. Let's just hope it involves its own version of the salmon ladder though. Because, for me, that's kind of a deal breaker.