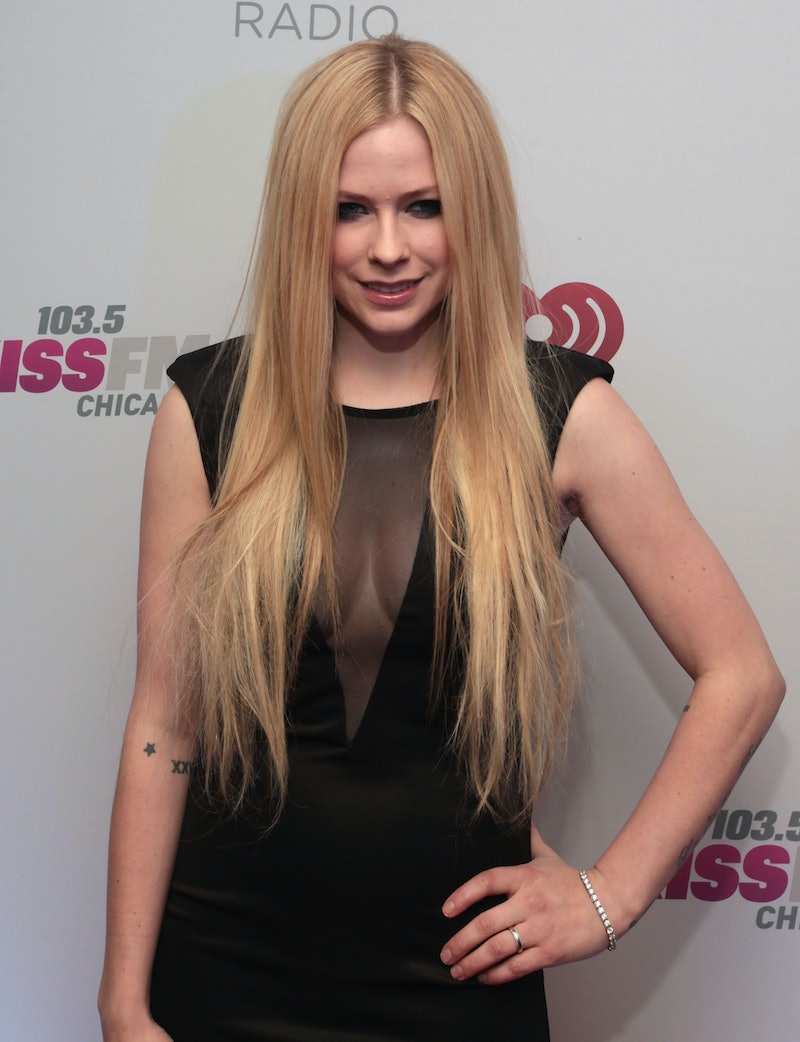 Whether you love her or hate her — or, like me, loved her and then lost interest in her after that whole "Hello Kitty" cultural appropriation controversy — the fact still remains that Avril Lavigne is a great entertainer. Thus, when the entertainer isn't, well, entertaining, this can be a cause for alarm to her many fans. Such was the case over the weekend when Lavigne revealed she's suffering from an unidentified illness that has been keeping her from producing new music. The direct message, which was shared by a fan account on Tuesday, asked fans to pray for her. So what's her mysterious illness? Well, at this point, we can say at least one thing: Lavigne is not pregnant.

"I feel bad because I haven't been able to say anything to the fans to let them [know] why I have been absent. I'm torn as I'm quite private," said Lavigne in the shared DM conversation. "I'm not feeling well. I'm having some health issues. So please keep me in your prayers."

Billboard reached out to the "Complicated" singer's representative for clarification, but Lavigne maintained her stance on keeping her private life private — though she did at least confirm that the DM conversation with her fan was authentic. According to Billboard, the speculation that Lavigne is pregnant is completely unfounded, but what exactly her health issue is still remains undisclosed.

Considering the sheer lack of detail, and the broad variety of illnesses out there, it's pretty difficult to judge what Lavigne could be suffering from or how severe it is. However, I can make at least a couple of guesses. The disease is probably either non-terminal or not yet terminal; nothing in Lavigne's response indicates that she doesn't plan to return to producing music as soon as she can and it's quite possible, at least to me, that Lavigne would be more willing to share such a diagnosis with her fans than less willing — to better enjoy what could be the final stage of her career, I suppose. The illness is also most likely chronic, as Lavigne's last album came out in November 2013 and it's been over a year since she's felt well enough to produce more music.

So, whatever it is that Lavigne is suffering from, all we can really do at this point is hope that she makes it through with her head held high. Not just because "Hello Kitty" was her last single and not the note she wants to step away from her entire music career on, but because the notoriously private singer needs all the good vibes we can provide to be thrown her way while she works on getting better.

More like this
Rachel Zegler Reveals She Had Breast Cancer Scare
By Radhika Menon
Chrissy Teigen Reveals Her Miscarriage Was An Abortion That Saved Her Life
By Radhika Menon
Ryan Reynolds Shared His Colonoscopy On The Internet After Losing A Bet
By Jake Viswanath
Everything To Know About Taylor Swift’s 10th Studio Album, 'Midnights'
By Grace Wehniainen and Jake Viswanath
Get Even More From Bustle — Sign Up For The Newsletter