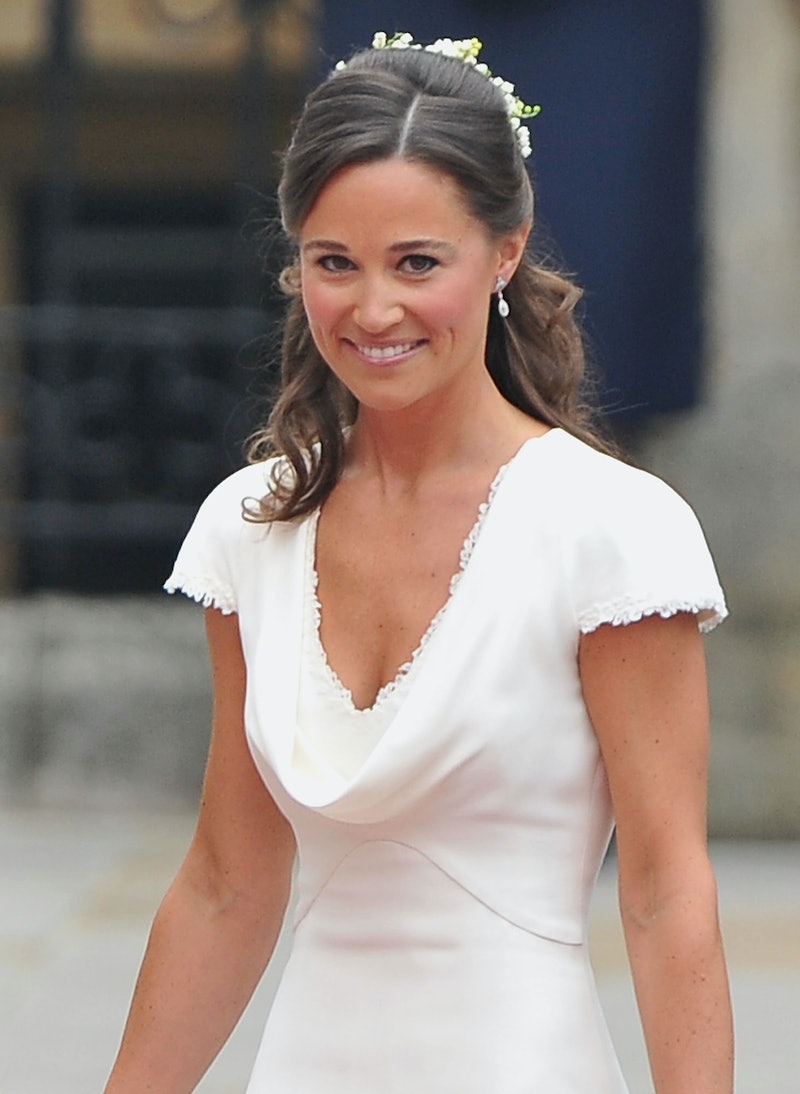 No one throws shade like the British, especially those close to the Royal Family. We've come to expect Kate Middleton's younger sister to be just as prim and polite as the Duchess herself, but it turns out she also has a sassy side. Pippa Middleton recently commented on Kim Kardashian's butt and totally ripped her apart, but you'd hardly notice because Middleton prefaced it with such a nice compliment.

Known for having an Internet-breaking booty herself, Pippa Middleton is no stranger to people talking about her backside. She basically stole the spotlight at Kate and William's wedding with her toned derrière. But now, Middleton is passing the butt torch to Kim Kardashian herself. In a post for The Spectator, Middleton spoke of the infamous Paper magazine shoot featuring a very naked Kim K.

The ‘Rear of 2014’ award undoubtedly goes to Kim Kardashian, after her posterior exploded all over the internet last month. I must say that mine — though it has enjoyed fleeting fame — is not comparable.

So sweet right? I'd die to have her compliment me so. But then she got down to the heart of her diss. After warming Kardashian up with a nice comment, she launched into an attack on the reality star's ways (and America's obsession with them).

But the Kim butt story did make me pause. What is it with this American booty culture? It seems to me to be a form of obsession. Kim’s aim, apparently, was to break the internet, but I’m not sure she’s going the right way about it.

That's as saucy as Middleton dared to get, but it did the job nonetheless. There's nothing quite like being insulted in such a polite way that you hardly notice the shade thrown your way. I wonder if Kim K. herself will have a response for Middleton's comments. But she shouldn't take her words too much to heart.

After all, there's a lot of things Americans do that confuse our neighbors across the pond whether it's men wearing flip-flops or daring to touch the shoulder of a Royal. (LeBron James, I'm looking at you.) Now we can just chalk Kim's butt up as one more thing Britain doesn't understand. And really, the rest of America doesn't really understand it either.

But Kim's gonna do what Kim's gonna do, and at least she has the Rear of the Year award bestowed upon her by Pippa Middleton herself. As for me, I'll be studying up on Middleton's comments from now on so I, too, can throw shade while staying classy.