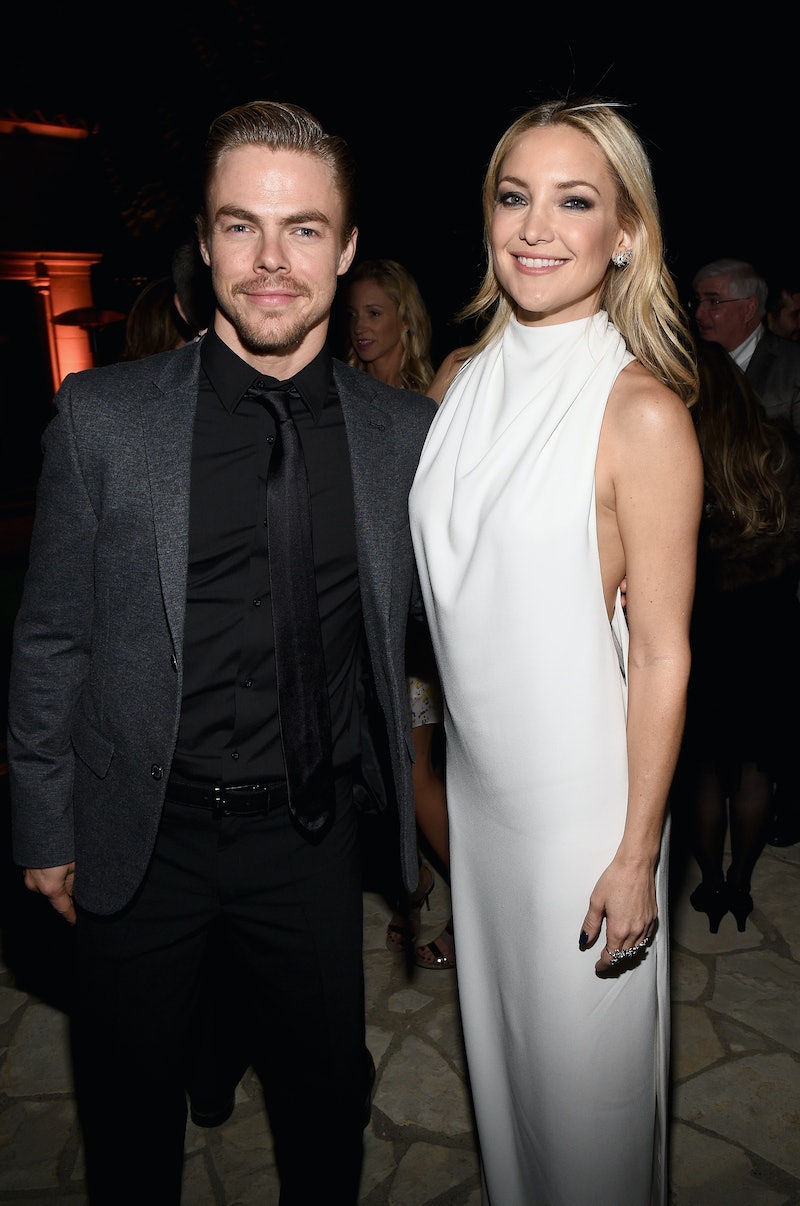 Though it's only been a few days since news broke that Kate Hudson had split from longtime fiancé and Muse rocker Derek Hough, rumors about the actress' potential new relationship are already beginning to surface. As an exclusive from Us Weekly reports, Kate Hudson may be dating Dancing With the Stars ' Derek Hough, after the two were rumored to have been caught "making out in public" days before her split with Bellamy.

Three words: Get it, girl.

They "were totally kissing," an insider tells Us of Hudson, 35, and the Dancing With the Stars pro, 29. "So scandalous!"

Apparently, Hudson and Hough have been separated for a while, so, if these rumors are true, this isn't a case of moving on too fast — according to reports, the split "wasn't anything big and emotional," and happened some time ago. "Despite this," Bellamy's rep said of the split news, "they remain very close friends and committed co-parents."

As for any comments from Hudson or Hough about this potential new love connection, both have remained mum on the subject: According to E!, Hudson's rep did not comment on the rumors, and Hough's rep commented that "she does not comment on her client's personal life." So, that's a no on confirmation about this rumor — but, still, it's definitely an interesting pairing in the celeb world.

More like this
Kelly Mi Li Teased A Mysterious New Boyfriend In 'Bling Empire' Season 3
By Brad Witter
Kim Kardashian Reveals Her Response To Kanye’s Fashion Opinions
By Jake Viswanath
Molly-Mae & Tommy Fury Shared The Cutest Gender Reveal Video
By Sophie McEvoy and Sam Ramsden
Who Is Nick Cannon Dating & How Many Kids Does He Have?
By Jordyn Tilchen and Radhika Menon
Get Even More From Bustle — Sign Up For The Newsletter