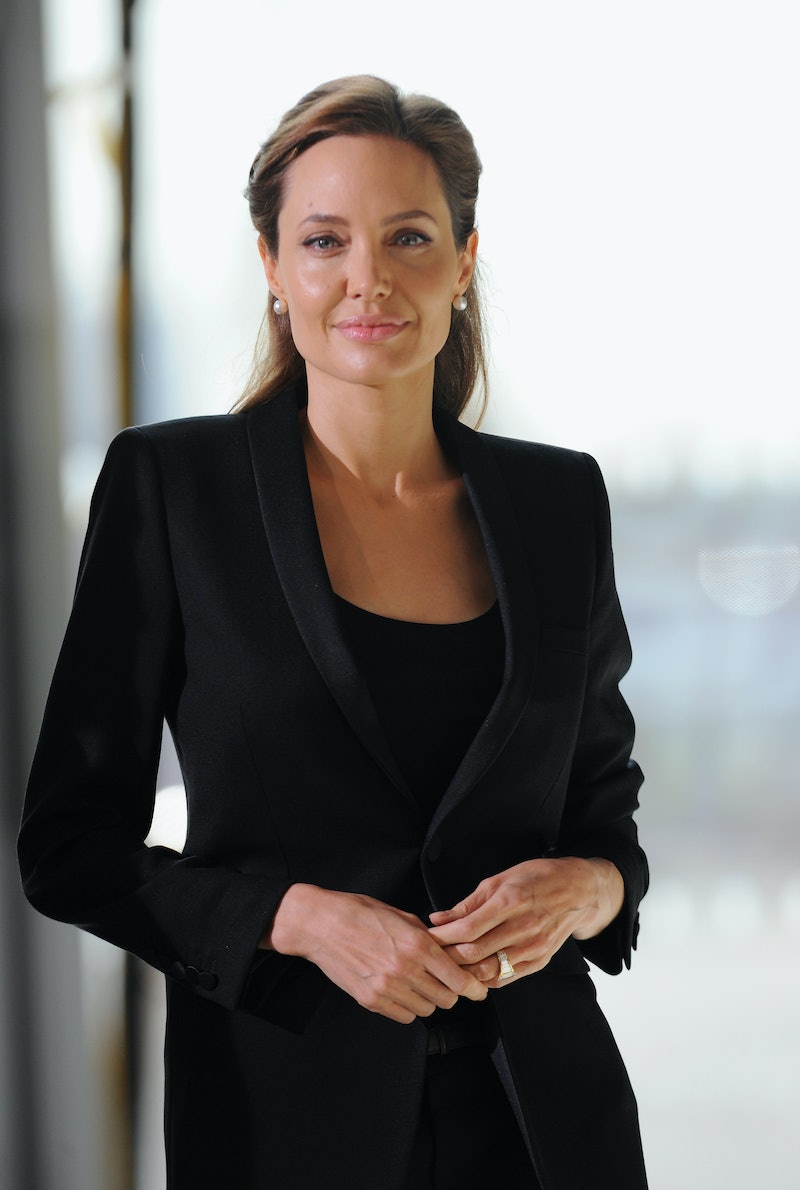 It has been less than two weeks since Sony was hit by a major hack, and the bad news just keeps on coming. The hacking has leaked upcoming movies like Annie, exposed employees' personal information, and shared surprising celebrity aliases, but some of the most shocking revelations were long, dramatic email chains surrounding the Steve Jobs biopic. Considering the film has been talked about for three years now, it's no surprise that it was destined to fail. Christian Bale recently dropped out of the Aaron Sorkin-penned film and Leonardo DiCaprio also turned down the role, but one of the movie's biggest losses was potential director David Fincher. The dream for the studio was for Sorkin and Fincher to team up again after The Social Network, but according to Sony Pictures co-chairman Amy Pascal and Jobs biopic producer Steve Rudin, Angelina Jolie made that impossible.

It turns out that Jolie was courting Fincher to direct her version of Cleopatra, which has also been in the works for years. There was first some discussion bickering between the two, but then things got really crazy after Rudin threatened Pascal— "BETTER SHUT ANGIE DOWN BEFORE SHE MAKES IT VERY HARD FOR DAVID TO DO JOBS" — and then shared his unfiltered opinion about Jolie:

"I'm not destroying my career over a minimally talented spoiled brat who thought nothing of shoving this off her plate for eighteen months so she could go direct a movie. I have no desire to be making a movie with her, or anybody, that she runs and that we don't. She's a camp event and a celebrity and that's all and the last thing anybody needs is to make a giant bomb with her that any fool could see coming."

In the Sony email leaks, there was a sweet note to Leonardo DiCaprio that balances out all the screaming about Jolie. WME agent Robert Newman personally reached out to DiCaprio to try to get him to change his mind about the Jobs film, explaining how it would be fantastic to see him and Danny Boyle work together again. He also went right for DiCaprio's weak spot by mentioning the Oscars:

"Just as you must surely feel great pride in helping bring Marty his Oscar on "the departed", everyone involved in this production desperately wants to help bring you the Academy award you so richly deserve."