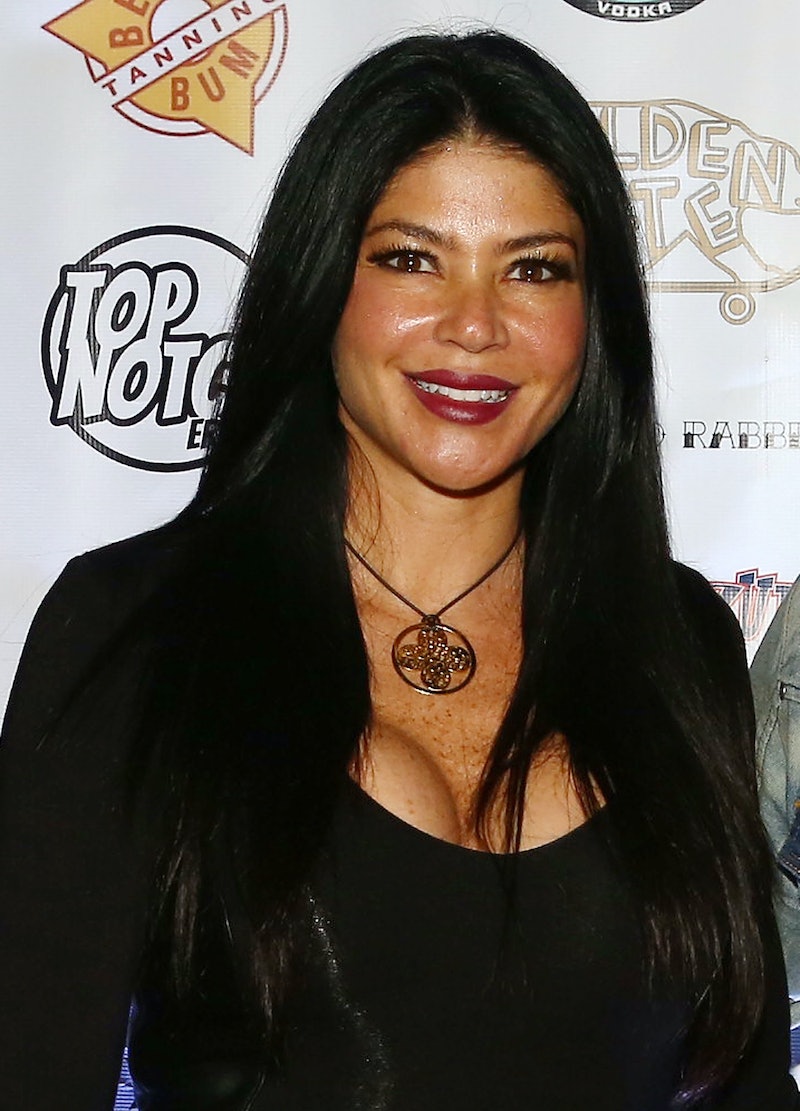 Sometimes I wonder how I ever forgot about how much I love Mob Wives — OK, fine, the casting changes kind of ruined everything for me for a little while. But now that Karen Gravano has returned to Mob Wives Season 5, I feel like the past few seasons of casting shake-ups never happened. Well, with the exception of the casting of semi-new mob wife Alicia DiMichele who practically demanded to be on Season 5 — because she's kind of the best (and I'm not just saying that because she shoe-game is on point). The mother of two was recently faced with the possibility of jail time but, when she learned that she wouldn't be going to prison, DiMichele told Vh1, "Of course now that my sentencing is over, I’m getting bombarded with that I better end up back on the TV." Here's to us Mob Wives fans getting what we want.

DiMichele spent most of Mob Wives Season 4 feuding with Renee — because everyone feuds with Renee. But between the Season 4 finale and the recent Season 5 premiere, "The Goddess" has been spending time with her two boys — who are also Mob Wives fan-favorites — bonding by getting some matching ink.

She Got a Tattoo With Her Son

DiMichele's family values are what she attributes all of her fans' adoration to. So, naturally, she got matching "Family Over Everything" tattoos with her eldest son.

She Got Four Months of Probation

Back in August, DiMichele was given four months probation after being implicated in a money scheme with her husband's, Edward Garafolo Jr., trucking company. The reality star said in Brooklyn Federal Court, "This is not who I am and I can’t even describe how embarrassed I am to be standing here today," before the judge decided not to send her to jail.

She Twinned With Her Son

She Kept Her Shoe-Game Strong

DiMichele's Instagram is full of shots of her shoes — including these new kicks.

The reality star and mother's website is fully dedicated to her being "The Goddess" and she regularly shows it on her Instagram with photos like these.