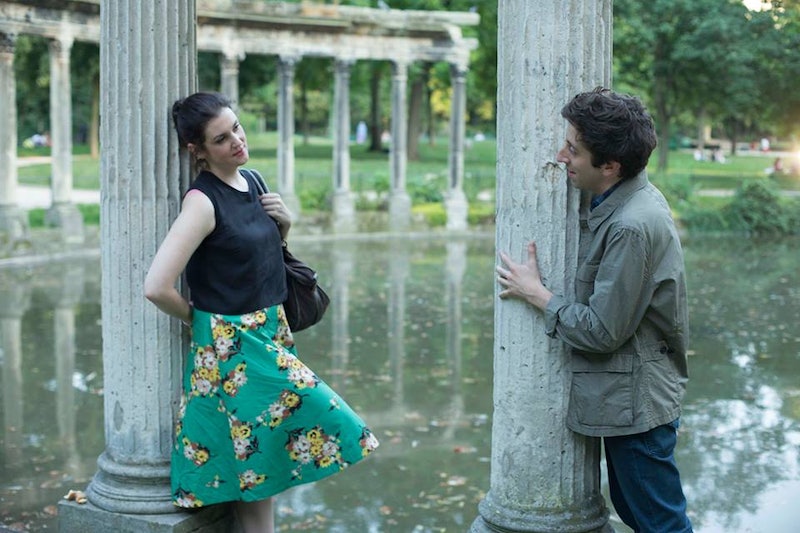 These days, it's difficult to find a great romantic comedy. Gone are the days of How to Lose a Guy in 10 Days and She's All That — instead, we have to watch a dozen rom-coms until stumbling upon a great one. Based on the trailer for We'll Never Have Paris , the wait is over, and the next fun, quirky take on the genre is here. It doesn't look as heartbreaking as (500) Days of Summer, but still gives an interesting twist on the classic format as Quinn (The Big Bang Theory's Simon Helberg) tries to win back the love of his life, Devon (Melanie Lynskey), when he follows her to Paris.

You see, Quinn and Devon are childhood sweethearts — he's been "dreaming about how to propose since third grade" — but before he can pop the question, he decides that he wants to experience other women first. This is mostly due to a sexy coworker (Maggie Grace) expressing interest in him and putting the idea in his head that he shouldn't marry the only person he's ever been with. Naturally, he realizes quickly that Devon is the one and he made a huge mistake, but, oh no — she's on a trip to France! Off he goes, trying to win her back before she falls for a Parisian viola player. There are great supporting characters with Zachary Quinto playing Quinn's best friend and Jason Ritter popping in for a small role, too. Plus, the story is "based on true events" and was written by Helberg. He also co-directed and of course stars in the film. Triple threat!