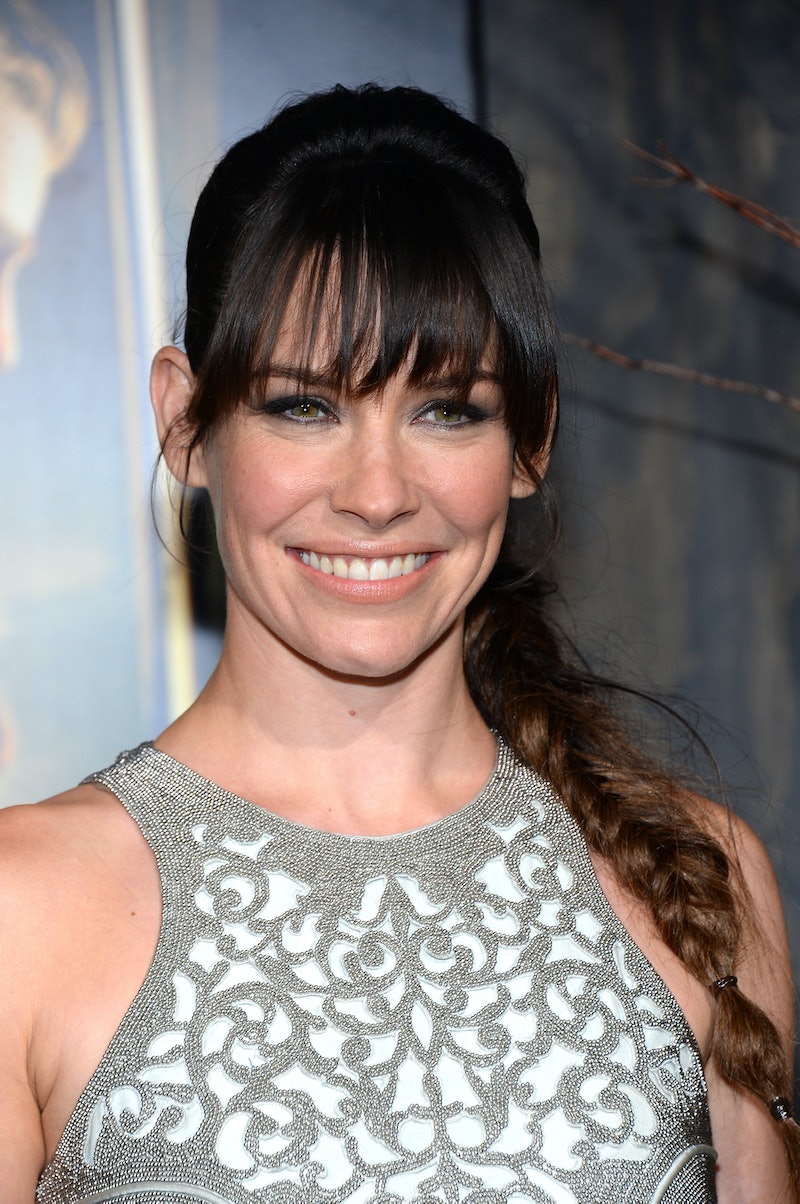 This Hobbit actress sure knows how to start a fight with those in support of women and the fight for feminism — the word that is. Apparently, Evangeline Lilly is a hater of feminism. Say what?! That's right, Lilly who is out promoting her latest film in Peter Jackson's The Hobbit series, is speaking out against her distaste of the word that is seen by some as uplifting, empowering, and motivational for all women. In an interview with HuffPost Entertainment, Lilly candidly said,

Women are pretending to be men, because they want equality, want to show strength, want to be independent, all while not being judged and accepted for it? Feminism is about advocating on behalf of women's rights and seeking gender equality. I don't understand how that is portrayed as women wanting to be men. I consider myself a feminist, and never once have I thought to myself, "I'm a feminist, which means I'm just trying to pretend to be a man." Lilly's declaration is confusing, especially since later on in the interview she talks about playing strong female characters and even writing a book about one.

Lilly is known for playing tough characters who are "kick-ass," and she enjoys that: "It’s funny, because there’s a lot of fear in Hollywood about ever being typecast, and I kind of feel like, 'Man, if you’re going to be typecast, what better to be typecast as a kick-ass chick?'" She admits to never wanting to play a "one-dimensional character who is just fearless, strong and killer and has instincts and just thrives in dangerous circumstances," because that's "boring" and doesn't "represent what most women feel inside." Lilly, I'm totally on board with that statement and support you for wanting to play a layered woman who is more than her fighting power.

She's also trying to show the world that strong female characters are strong because of their compassion, vulnerability, emotion, and in spite of their fear. She gets involved in the creative process so male writers, who don't truly understand women, don't write women with "manly" strength. Lilly added, "And I think it’s really important that young women and women of all ages see female characters that represent true femininity and that that isn’t weak, but that’s strong."

OK. See these past two paragraphs mostly make sense. I support Lilly wanting to create realistic and relatable female characters, rather than women just hiding behind what others think women should or shouldn't be. Her bashing of the word "feminism" is disappointing, because it's a word seen by some as "bad" and means that women are man-haters, and that's not the case at all.

Unfortunately, by Lilly saying feminism equals women trying to showcase their manhood is shining a poor light on an equality issue that we females should be fighting for together.

More like this
Self Esteem's “F*cking Wizardry” Is An Anthem About Knowing Your Worth
By El Hunt
Women Around The World Are Cutting Their Hair In Solidarity With Mahsa Amini
By Darshita Goyal
What Is Miles Teller’s Net Worth? The 'SNL' Host's Bank Account Is No Joke
By Meg Walters
Lin-Manuel Miranda & Tituss Burgess React To 'Little Mermaid' Casting Backlash
By Radhika Menon
Get Even More From Bustle — Sign Up For The Newsletter