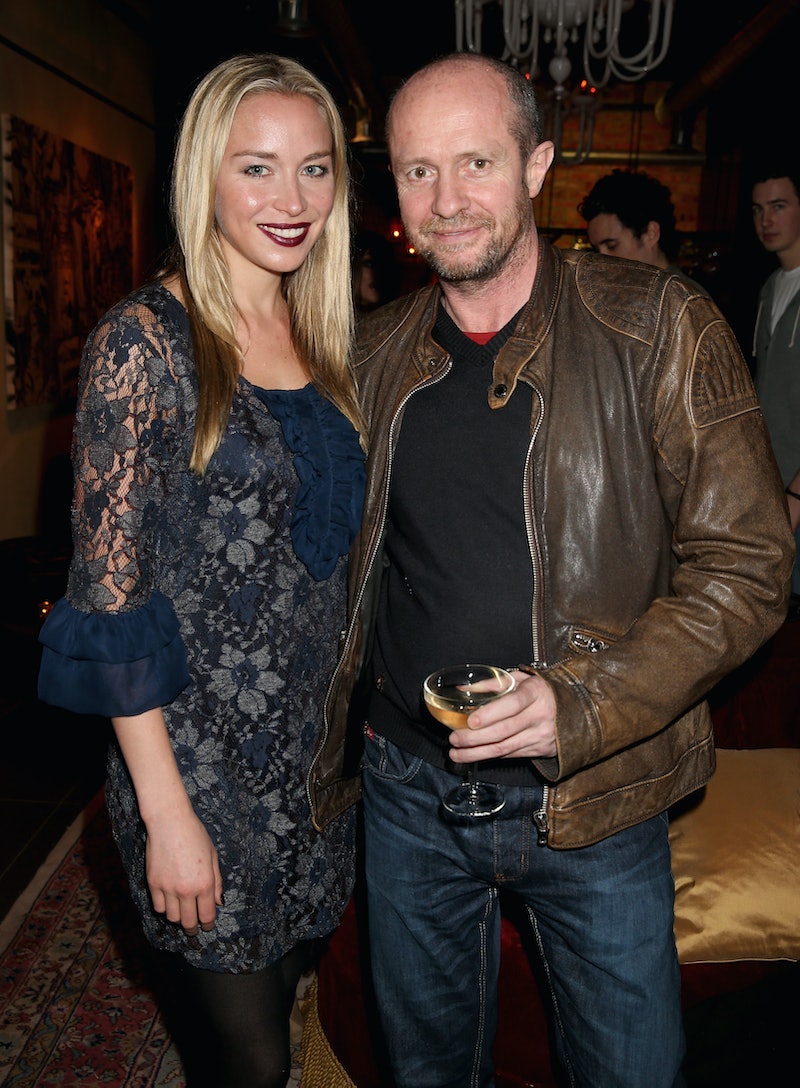 In sad and tragic news for fans of Bravo's summer reality series Ladies of London, Scot Young died after plunging to his death on Monday evening, The Guardian reports. Apparently, Young fell four stories from the window of his Marylebone flat and landed on railings outside his residence. Per a spokesman for Scotland Yard, "The death is not being treated as suspicious at this time." Young, who is believed to be in his 50s (there is a discrepancy in reports regarding his age), was pronounced dead at the scene.

Young starred on the reality show alongside his girlfriend Noelle Reno, deemed one of the Americans of the show. Their relationship received a lot of criticism throughout the first season. At the time, Young was under much scrutiny for his financial status — The Guardian refers to him as a "bankrupt property tycoon" — and he was also battling a divorce battle with his ex-wife. Young was even jailed for six months in January 2013 for refusing to unveil any and all details about his wealth during the divorce case.

After a six-year court fight, Young's ex-wife won the settlement. She opened up to the Evening Standard about her ex-husband's death, which will affect their two daughters. “We have been to hell and back,” she said. “It is a very difficult time for us all.”

Reno is also opening up about her boyfriend's death by releasing the following statement as reported by The Daily Mail, "I am distraught by the sudden loss of my best friend and ask that you give me the respect and privacy I need to grieve in peace."

More like this
Where Is Armie Hammer’s Ex-Wife Elizabeth Chambers Now After 'House Of Hammer'?
By Grace Wehniainen and Radhika Menon
Jeffrey Dahmer’s Arresting Officer John Balcerzak Got His Job Back After Being Fired
By Grace Wehniainen
Gabby Petito’s Family Responded To The New Lifetime Movie About Her Final Days
By Grace Wehniainen
'Line Of Duty’s Jed Mercurio Has A New Crime Drama In The Works
By El Hunt
Get Even More From Bustle — Sign Up For The Newsletter