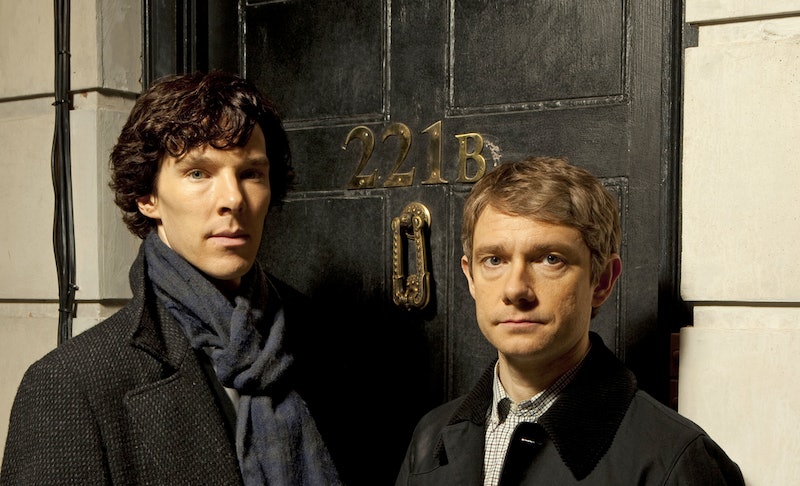 Oh BBC, have you been watching too much American entertainment? According to The Hollywood Reporter, it seems the BBC is planning a park to open in Kent in 2020. Among those whose narrative wonders will be plundered for said theme park? Sherlock and Doctor Who .

The deal has been signed between Paramount Pictures and London Resort Company Holdings as part of a London Paramount Entertainment Resort, with The Guardian reporting that the American studio is promising it will "combine the glamour of Hollywood with the best of British culture."

Theme parks aren't exactly what I'd categorize as "glamorous" — too many screaming children and souvenirs, and the bathrooms are hardly swanky, which is how you can tell real glamour. This is the kind of thing I do expect from American media, which tends to have terrible ideas like turning The Hunger Games ' political horror world of Panem into a theme park, but I thought British media would be prideful enough to resist the temptation.

I'm not saying a world that includes a theme park that features Sherlock and Doctor Who would be a horrible one — hey, it'll be better than Panem — but I'm just having trouble picturing a Sherlock ride that isn't Sherlock Holmes main character insulting you while John Watson stands to the side and sighs. Perhaps a solve-a-murder-on-a-train scenario?

Doctor Who lends itself much more easily to rides. But hey, at least Benedict Cumberbatch impersonators the world over will be able to find a new place of employment.