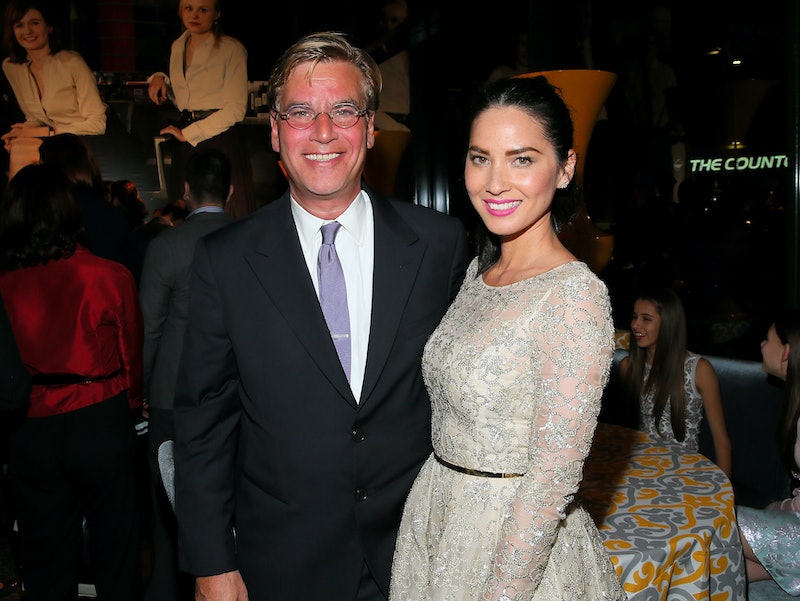 For those unaware, on Sunday night HBO's The Newsroom depicted a campus rape story, which angered many viewers and critics. Now, one of the stars of the show is speaking out about the controversy. Olivia Munn is defending the rape storyline saying everyone is reading it the wrong way.

Here's a brief refresher of the story and why there's criticism: Basically, one male character told the rape victim to not speak out about her rape or confront her attackers, especially through a website she created as an outlet for other victims to tell their stories anonymously. Some took this to mean that creator Aaron Sorkin was giving no sympathy to rape victims by turning the victim, played by Sarah Sutherland, into the attacker, while the actual rapists received sympathy for their sexual assault.

Per Munn, who discussed the topic with EW Morning Live, feels that Sorkin was trying to show both sides of the argument and what some victims really face:

…The reality is that Sorkin writes things so that they can be talked about, and so we show both sides of it. I think it was important to show what it’s like for women to be a rape victim, want to speak out, and then have somebody come in and say, "Hey don’t do that. That’s going to be bad for you." Sorkin wasn’t saying "Don’t do that." He was saying "This is what happens."

Munn also commented on Newsroom writer Alena Smith's tweets in which Smith revealed she tired to contest the rape story and was reportedly kicked out of the writer's room for her actions. “It should have been more poignant and more interesting, and not about her," Munn said.

Of course, Munn has every right to feel the way she feels, but I have a feeling her remarks are going to receive some backlash. Rape is a subject people are, rightfully, very passionate about, and with passion comes heated language, so I'm sure soon enough others will be discussing and bashing her comments just like the reaction to the storyline as a whole. With that said, I hope not everyone attacks Munn for her opinion, because in no way is she condoning rape or the fact that victims shouldn't be heard.

As much as I don't agree with how the rape storyline was handled, I do somewhat understand where Munn is coming from. It is important to show that not all rape victims are heard and some attacks, sadly, are swept under the rug. Hopefully, the unfortunate reality that some rape victims face will change soon, and sexual assault victims will start getting the justice they deserve.