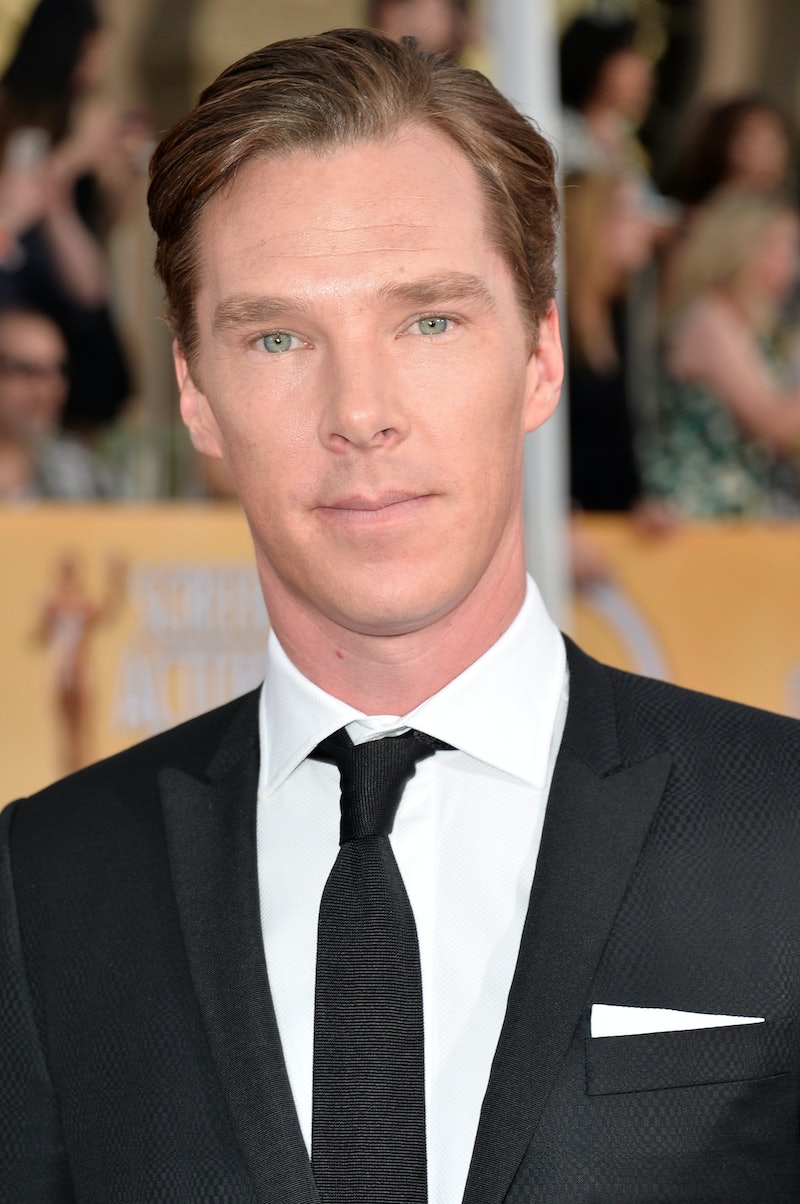 Did you ever want to see some of this year's best actors (and potential Oscar contenders) share onscreen kisses? Well, you're in luck, because The New York Times just released its 2014 version of 9 Kisses showcasing 18 of the year's top-notch actors sharing a variety of smooches in the form of intimate encounters. Directed by Elaine Constantine, each video portrays two people in a public space at night, whether it be at a wedding reception, a nightclub, or a park, kissing one another.

Each video is based purely on the emotion each character is feeling at that exact moment. There is no talking, which makes each kissing scene that much better. We get to see these extremely talented individuals show off their already known extraordinary acting abilities without speaking one word.

From Cumberbatch channeling his inner Zorro and kissing Witherspoon against a wall of bushes, to Moore and Lithgow showcasing their dance moves at a nightclub, to Teller and Mbatha-Raw acting as a married couple, each video and kiss is unique in its very own way. Plus, each is a little moment of wonderfulness.

Be sure to visit The New York Times for each video, but here's a little preview of Stewart acting like a crazed fan and tackling Boseman on stage.