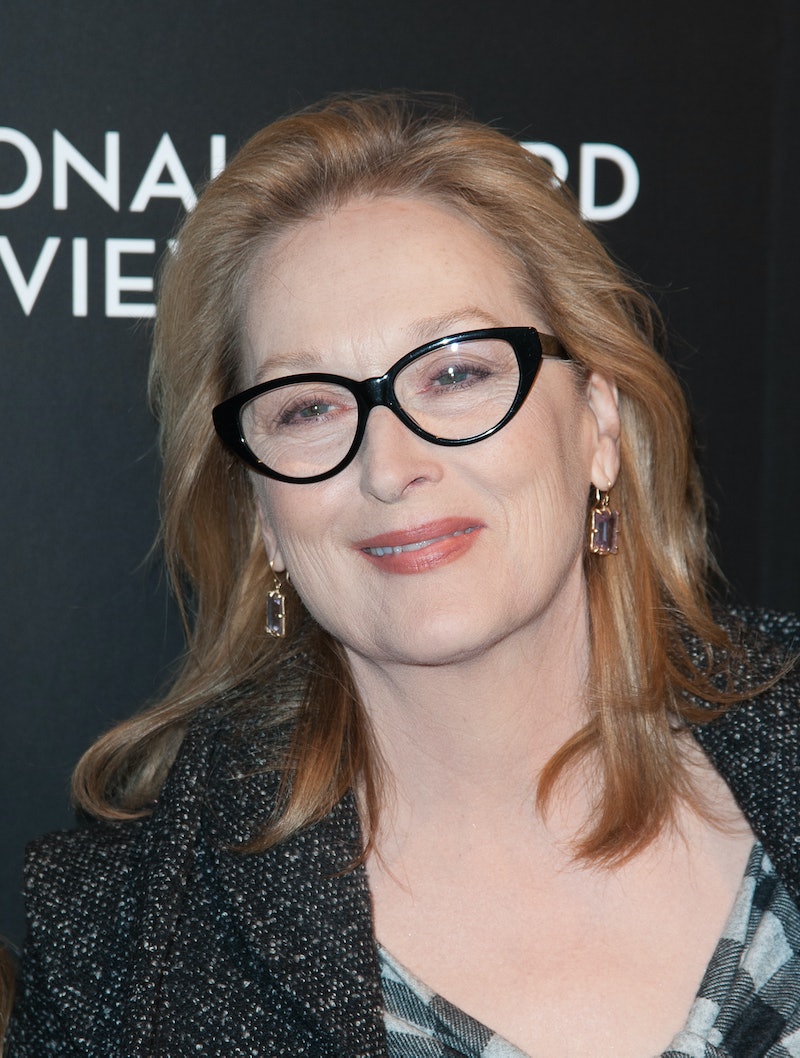 With an 80 percent chance of gross winter weather on the forecast for the next four months or so, it’s as good a time as any to hibernate and take solace in your streaming player. And what can assuage your seasonal blues like nothing else? Well, Meryl Streep. DUH. I’ve compiled a list of Meryl Streep movies streaming on Netflix RIGHT NOW. Looks like you're not going to work for the next two days! People may start to speculate that you have a drug problem, because you're cloistering yourself off and not answering anyone's calls or texts. No matter! You're just satisfying your Meryl fix.

From Kramer vs. Kramer, to Sophie’s Choice, to Heartburn, Netflix has one HECK of a Meryl movie lineup going on at the moment. If you’re in the mood for something a bit more contemporary, there’s always The Hours (like how I just slipped that ending line in there all sneaky?). Even if you’re hankering for a totally ridiculous ‘90s feel-good movie with a Gloria Estefan cameo, there’s a Meryl movie for you. I mean, that last one is a bit specific, but no matter! Meryl did it. MERYL CAN DO ANYTHING!!

Here are six classic Meryl Streep movies (these aren't even all of the ones available!) that you can stream the MOMENT you get home from work. Why? Because your Streep addiction is an insatiable beast, and it must be satisfied.

Streep stars opposite Dustin Hoffman in this Oscar-winning film that follows a divorced couple embroiled in a bitter custody battle for their young son. Both Hoffman and Streep took home Academy Awards for their memorable performances in this 1979 movie. Hoffman won Best Actor, and Streep landed Best Supporting Actress. And I mean, it's no wonder. Can you ever go wrong with Meryl Streep and Dustin Hoffman on screen together? The answer is no. Always no.

This is one of those canonical movies that you need to see, or else people will stare at you like you have nine heads when you admit that you haven't seen it. This film marked Streep's first Oscar win for "Best Actress in a Leading Role," and turned her into the Oscar curve-buster she is today. She plays Sophie, a Nazi Concentration Camp survivor, living in 1940s Brooklyn with her unpredictable but charming boyfriend Nathan, played by Kevin Kline. They strike up a friendship with their writer neighbor at the boarding house, and we revisit that tumultuous and haunting choice she had to make that's referenced in the title. If you have three hours after work to spend on a feelings roller coaster, go watch this movie.

Come for the Streep, stay for the Streep, and well, the everything else. Nora Ephron adapted her best-selling novel into the screenplay of this 1986 Mike Nichols-directed movie. It's a quasi-autobiographical look at Ephron's storied relationship with Watergate reporter Carl Bernstein. Streep plays Rachel, a food writer, and Jack Nicholson plays Mark, a political columnist at a D.C. newspaper, and the two fall in love and get married despite their skepticism of marriage. Things take a turn eventually, but you're gonna have to watch the movie to satisfy this cliff-hanger.

The House of the Spirits

If big-budget dramas with super emotional scores are your jam, fire up this 1993 movie on your Roku box. Streep is part of an ensemble cast including Glenn Close, Jeremy Irons, Antonio Banderas, and Winona Ryder in this romance film set in mid-century Chile. There's forbidden love! There's class tension! There's intrigue! There are huge wedding dresses!

The Music of the Heart

Here it comes: Meryl Streep's Dangerous Minds moment. The Netflix synopsis of this 1999 movie is: "A violinist and single mother struggles to convince the administration at an East Harlem high school to let her establish a music program." It is sort of a "White lady saves the day for minority children" movie, but Meryl was nominated for an Academy Award for it so that's something! Not to mention, this perfection came out of this movie:

If you haven't seen this movie, why are you doing anything other than rectifying that problem? Stop reading and go watch it IMMEDIATELY. Alongside Nicole Kidman and Julianne Moore, Streep plays a woman living in modern-day New York effected by Virginia Woolf's Mrs Dalloway. As the trailer notes, she is living her life for someone other than herself. It's torturous... It's poignant.... It's full of many oh so symbolic flowers...

Now that you've been briefed, go ahead and beast these 'flix.

More like this
These 25 International Horror Movies On Netflix Prove Fear Is A Universal Language
By Bustle Editors
What’s New On Netflix: Ana De Armas’ 'Blonde' & A Nick Kroll Special
By Arya Roshanian
Here’s Everything Coming To & Leaving Netflix In October
By Jake Viswanath
Lindsay Lohan & Jonathan Bennett Celebrated Mean Girls Day Very Differently
By Jake Viswanath
Get Even More From Bustle — Sign Up For The Newsletter