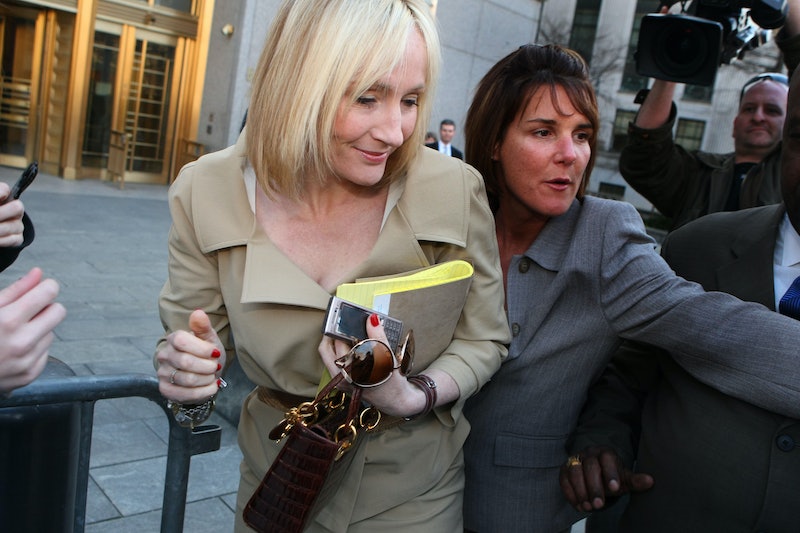 There was some very good news for J.K. Rowling today, though it wasn't Harry Potter -related. Rowling's book The Cuckoo's Calling is heading to the BBC. It will be her second work not set in the Wizarding world to be adapted to the big screen, after The Casual Vacancy's upcoming three-part adaptation also by BBC.

The announcement came from the author herself: Rowling tweeted the news from her official twitter account, expressing her excitement for Robert Galbraith, the pseudonym/character Rowling initially published the novel under before being outed as the author in 2013. As Rowling wrote on her twitter Wednesday:

My friend @RGalbraith's first novel is going to be a TV drama on @BBCOne. He's very excited, but expressing it with characteristic silence.

The adaptation will take on the Cormoran Strike novels, starting with the first book (Cuckoo's Calling) in the show's first season. It will presumably then take on the second book (The Silkworm).

You know, while BBC is on this clear Rowling adaptation kick, we might as well point them back in the direction of Harry Potter. I'm all for Rowling's non-Potter writings getting their time in the sun — but we still need that Marauders BBC series, is all I'm sayin'. The Marauders should join their Rowling brethren on the BBC.

Rowling followed up the Cuckoo's Calling news by having some more fun at Galbraith's fictional expense: