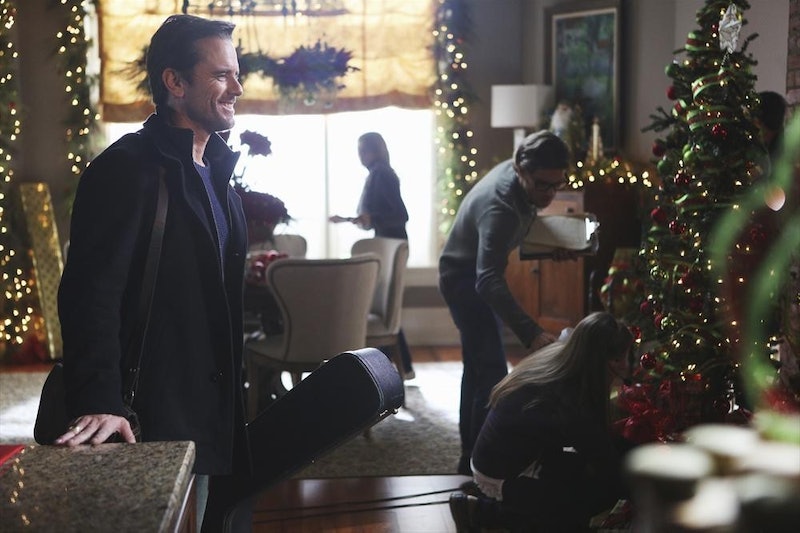 After a week of speculating from the promo that showed him passed out on the floor of his hotel room, we found out that Deacon might have cancer on Nashville , and didn't relapse after all. Every angle of the scene where Scarlett found him passed out seemed to point to alcohol, since there were Jim Beam bottles all over the hotel room and he was clearly upset over Rayna's wedding, but the tox screen at the hospital indicated that it had nothing to do with alcohol poisoning, but instead cirrhosis of the liver and an elevated white blood cell count that indicates the possibility of liver cancer.

As grim and horrible as the cancer news is, this certainly clears up a lot about Deacon's behavior, which seemed so out-of-character for him. He had worked so long to maintain his sobriety that it was hard to believe that he would give it up in this particular moment of weakness when he has survived so much worse before. Unfortunately, if it is liver cancer, it means that his past will have come back to haunt him.

Another surprise regarding Deacon's collapse is that in the end, it had nothing to do with Rayna calling off her wedding, which was another small relief in the wake of all the bad news on the show this week. I really think that Deacon and Rayna have a shot at working things out, if not romantically then as friends, but too often the two of them have been depicted as sabotaging each other in some way. I think that by canceling the wedding of her own accord, Rayna has a real chance of seeing Deacon for the man he has become and not as some kind of an ultimatum.

Of course, having cancer would complicate Deacon's relationship with Rayna. We can only hope that if Deacon does have cancer, Rayna and everyone else on Nashville will be able to support him and he'll beat this the way he has beat all the hardships in his life before.