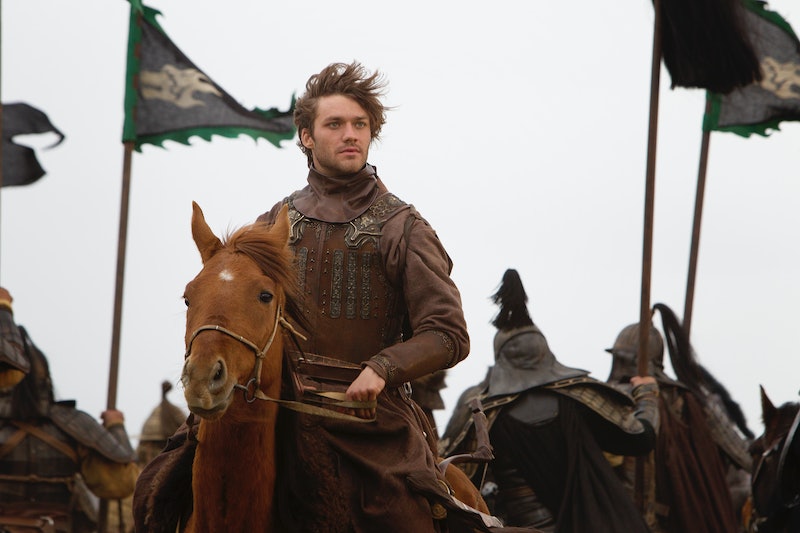 Marco Polo, Netflix's new historical drama, features extravagant settings, political intrigue, and an epic scope. The show is the most expensive production for Netflix and a transparent attempt to draw international audiences. The series follows the titular 13th century merchant turned explorer as he makes his way from Europe into China and ends up in the court of Kublai Khan. Much has been made of the hefty price tag of $90 million for the show along with comparisons to Game of Thrones for its tone, copious female nudity, and bloody violence. But, is Netflix's Marco Polo historically accurate?

Writer and executive producer John Fusco says in an interview with Mother Nature Network that historical accuracy was "very important without being chained to history." The the the Netflix show is based on The Travels of Marco Polo , a book in which Polo chronicles his journey and experiences through China. Like his television counterpart, Polo started his journey in his late teens and becomes a close ally to the dynamic Kublai Khan. What's going to be most interesting about the show isn't Polo but Khan and his vast empire. Viewers will be able to witness in startling detail the birth of the Yuan dynasty and Khan's role as the emperor of China. This is a time period and culture that shows don't usually handle in depth, especially not accurately. It's important to know that as a writer Marco Polo didn't have this generation's penchant for oversharing. His writing doesn't veer deeply into his own thoughts or personality in relation to the wonders he witnesses, so any romances written on the show --- like that between Marco and the courtesan Mei Lin --- are works of fiction.

But for the most part, the show will stay true to the essence of the close, trusted relationship between Khan and Polo. One thing Polo does detail in his book that the show will incorporate are his roles within Khan's empire. Polo moved up the ranks in Khan's empire taking on roles as a special envoy, governor, and council official before deciding to return to Italy. Polo's ascension was bound to cause some jealousy which undoubtedly will factor into the narrative if the show makes it to a second season. Writer/executive producer Fusco continues his interview with Mother Nature Network to say most characters are "real and can be backtracked through history." While other characters on the show like the illegitimate descendant of Genghis Khan, Byamba, are more creations of dramatic license. But even historically based characters have been altered.

In an interview with Zap2it Marco Polo star Joan Chen says about her character that "[n]ot much was written about Empress Chabi; a little bit in history, but not much in detail, which was good so we could make her whoever we want to make her ... We made her much more interesting than first they thought she could be."

Marco Polo also changes the details of how the titular character exactly gets involved with Khan when him and his family of merchants make their way through China. But all these changes are understandable. Marco Polo isn't a documentary. Dramatic license is needed with any historical fiction to some degree to make sure its entertaining and works within the thematic interests of the show. The involvement of historical experts demonstrates a desire to balance entertainment with facts, but an interest in historical accuracy, lush imagery, and the money to make it happen doesn't mean the show is going to be any good. The reviews for Netflix's new series are mixed thus far but viewers will be able to make up their own minds when Marco Polo premieres Friday December 12.