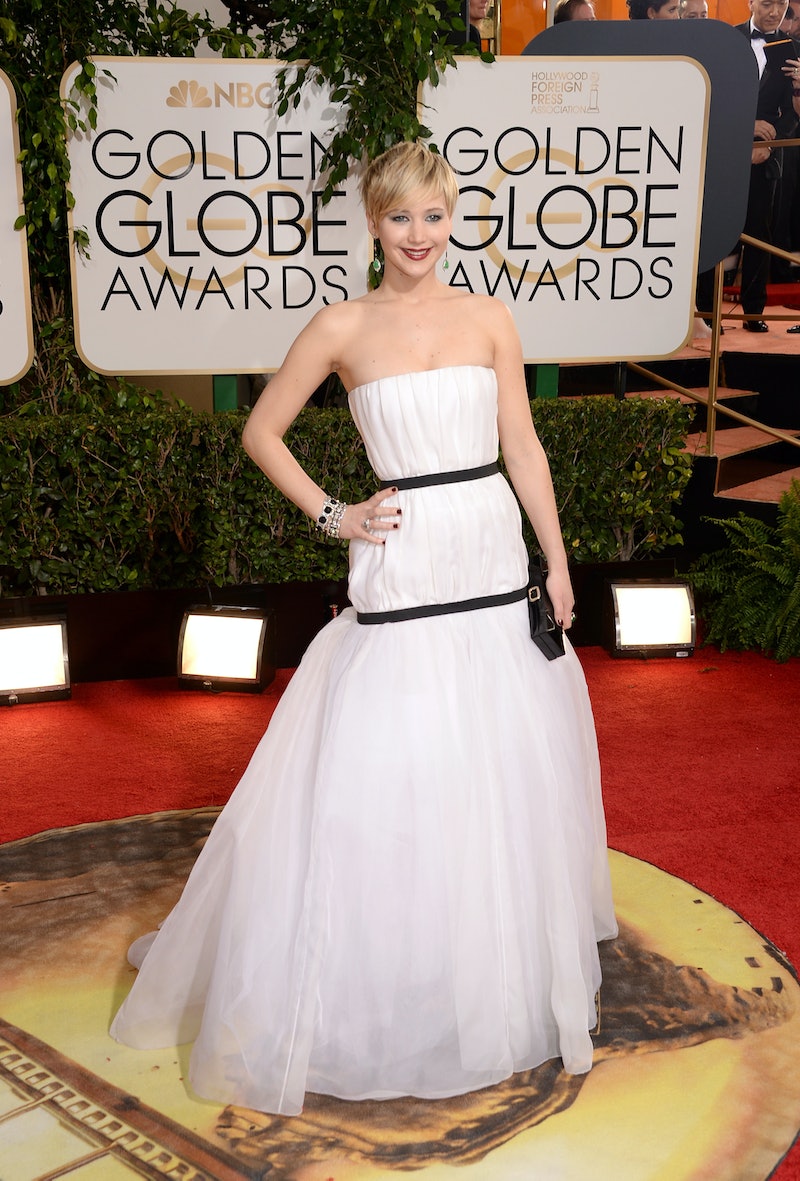 Awards season is officially upon us, guys! After finding out who's nominated for the Grammys last week and the SAG Awards this week, it's time to focus our attention on the Golden Globes, which are slated to air January 11... and which will be hosted by the great and wonderful Amy Poehler and Tina Fey, probably for the last time. Early Thursday morning, the 2015 Golden Globe nominees were officially announced, and while some nominations were pretty expected, others were a total surprise — like the amount of nods newcomer comedy Jane The Virgin received. There's obviously awhile to go 'til showtime, but in the meantime, we can completely obsess over our favorite celebrities and their work that may get honored next month.

And as exciting as the Golden Globe nominations are for me, they're even more exciting for the people who are, you know, actually nominated. After all, who could beat a Thursday morning when you wake up to find out you could possibly be receiving a cute little gold guy on a platform in a few weeks because the higher ups of Hollywood think you're awesome?

Here are some of the nominees reacting to the good news on Twitter. Congrats, everyone!

More like this
Zac Efron Set The Record Straight On *Those* Plastic Surgery Rumours
By Sophie McEvoy
After The Bling Ring, Nick Prugo Was Embroiled In Another Scandal
By Arya Roshanian
Alec & Hilaria Baldwin Gave Their 7th Child Another Version Of The Name Hillary
By Stephanie Topacio Long
Twitter Is Freaking Out Over Rihanna’s 2023 Super Bowl Halftime Show Announcement
By Stephanie Topacio Long
Get Even More From Bustle — Sign Up For The Newsletter