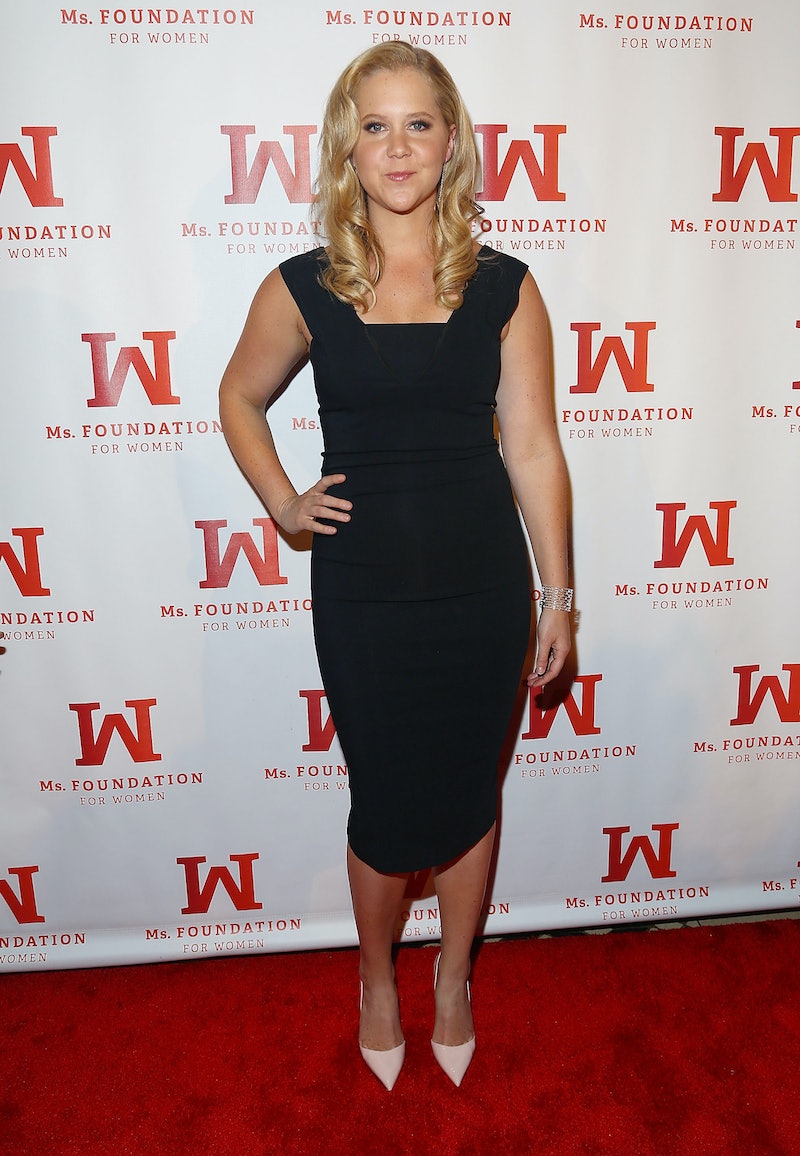 Though I generally do watch the MTV Movie Awards on a yearly basis out of necessity to stay culturally relevant, I will admit that it's generally not an awards show I take seriously. This year, however, it looks like the annual awards show might have a few surprises up its sleeve: According to reports, one of this year's best breakout comedians, Amy Schumer, has been enlisted to host the MTV Movie Awards when it airs in spring of next year.

There is no more appropriate reaction to this news other than: YAAAAAAAS.

The Inside Amy Schumer star has not only proven herself to be one of the best comedians around this year, but she's also managed to be an important voice in gender-equality issues — she could be exactly what the MTV Movie Awards needs to not only entertain, but inspire the young viewers who are tuning in. Plus, a female host on a show that's managed to fit in 18 male hosts but only 10 female hosts during its 23-year history? It's about time.

Sadly, we're going to have to wait a while to actually see the awards show as helmed by Schumer: The 2015 MTV Movie Awards aren't slated to air until April 12, 2015. Until then, perhaps we should all just watch hilarious Amy Schumer clips on repeat? There's certainly no shortage of them available: