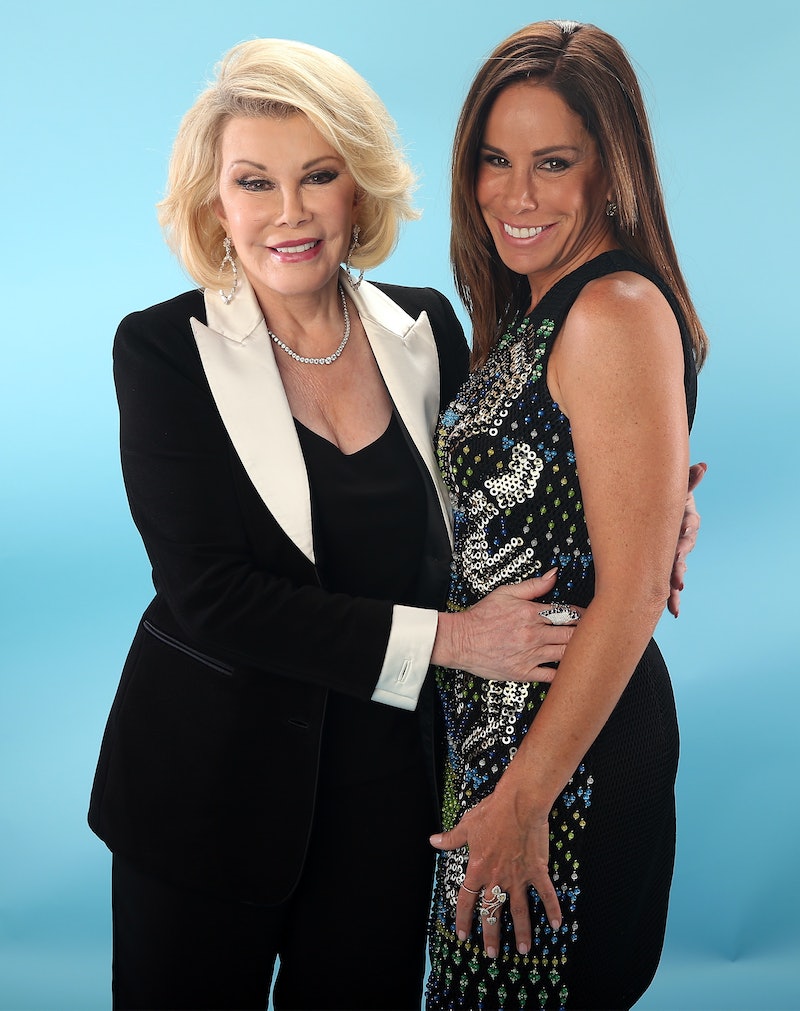 Wednesday morning was a special one for the women of Hollywood, as some of the most talented and influential women gathered as part of The Hollywood Reporter 's 23rd-annual Women in Entertainment breakfast. One of these women was Melissa Rivers who spoke about Joan Rivers for the first time in public since her mother's death. Unsurprisingly, she delivered a touching and meaningful speech about her mother and idol. She bravely opened up by calling her mother "fearless," and someone who "stood tall." Rivers also said,

She was willing to say what others were thinking and too frightened to admit. She made fun of herself first and foremost, which gave her the right to joke about others. She never apologized for a joke, and no topic was taboo and she was fine with that. Truth be told, my mother never thought of herself as a woman working in a man's world. She thought of herself as a comic that had to be funnier than anyone else...she just wanted to do her job and that was to make people laugh.

In September 2014, Joan Rivers shockingly died due to pulmonary arrest at the age of 81, and she left a mark on so many people's lives, including her daughter, whose emotional words, I think, hit close to home for everyone. You can tell how much she admired her mother and misses her, of course. As we all saw Joan as a public figure and talent, Melissa says she was just a normal woman who was her best friend and raised her: "The bottom line is, she was really just my mother."

As a closing thought, Rivers shined a light on her mother and how happy she would've been to be at the breakfast honoring women of all shapes, sizes, races, and ethnicities:

If my mother were here this morning, she'd not only be grateful and proud, she would be beyond herself. She would be sitting at the table beaming, while very discreetly shoving croissants and silverware into her purse. On behalf of my mother — thank you so, so much. It's an honor.

There's no one who could more perfectly describe the woman who was Joan Rivers than her very own daughter.

More like this
Here’s Everything You Need To Know About Operation London Bridge
By Bustle UK
10 Must-Read New Books Out This Week
By K.W. Colyard
Jennifer Coolidge's Reaction To The Emmys Cutting Her Speech Off Is Comedy Gold
By Jake Viswanath
Twitter Is Obsessed With Sheryl Lee Ralph Accepting Her Emmy In Song
By Grace Wehniainen
Get Even More From Bustle — Sign Up For The Newsletter