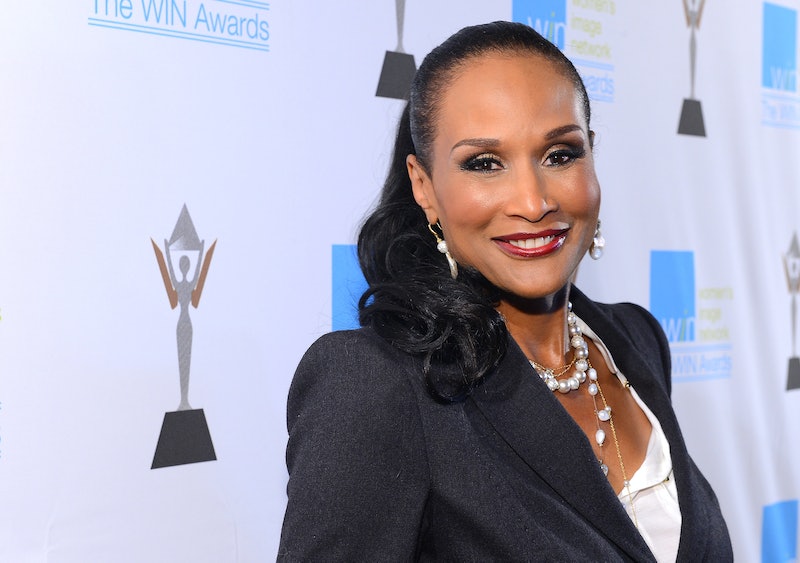 In what appears to be an endless onslaught, another woman's accused Bill Cosby of drugging her. This time it's model Beverly Johnson, who wrote an essay for Vanity Fair alleging that Cosby slipped drugs into her drink during an audition for The Cosby Show. "My head became woozy, my speech became slurred, and the room began to spin nonstop," she writes. "...As I felt my body go completely limp, my brain switched into automatic-survival mode."

According to Johnson's account, Cosby did not rape her — though she does allege that he slipped something into her cappuccino.

As Johnson tells it, Cosby invited her to his brownstone to read for a part on The Cosby Show. After a few sips of the cappuccino Johnson writes that she knew what was happening:

Now let me explain this: I was a top model during the 70s, a period when drugs flowed at parties and photo shoots like bottled water at a health spa. I’d had my fun and experimented with my fair share of mood enhancers. I knew by the second sip of the drink Cosby had given me that I’d been drugged—and drugged good.

She continues, saying that as the drugs kicked in she "[made] sure Cosby understood that I knew exactly what was happening at that very moment," yelling "motherf***er" at him before he allegedly became enraged enough to drag her outside and push her into a cab.

I sat in there still stunned by what happened the night before, confused and devastated by the idea that someone I admired so much had tried to take advantage of me, and used drugs to do so. Had I done something to encourage his actions?In reality, I knew I’d done nothing to encourage Cosby but my mind kept turning with question after question.

She recalls attempting to confront him, but coming up empty:

How could I fight someone that boldly arrogant and out of touch? In the end, just like the other women, I had too much to lose to go after Bill Cosby. I had a career that would no doubt take a huge hit if I went public with my story and I certainly couldn’t afford that after my costly divorce and on going court fees.

She also explains what factors were at play in her decision to finally come forward, and what made her hesitate further — the public allegations of so many other women, for one, and the vilification of black men in cases like those of Michael Brown, Trayvon Martin, and Eric Garner. On what makes Cosby so different from those (emphasis mine):

Finally, I reached the conclusion that the current attack on African American men has absolutely nothing to do at all with Bill Cosby. He brought this on himself when he decided he had the right to have his way with who knows how many women over the last four decades. If anything, Cosby is distinguished from the majority of black men in this country because he could depend on the powers that be for support and protection.

Johnson's words are powerful. You can read her full story at Vanity Fair .