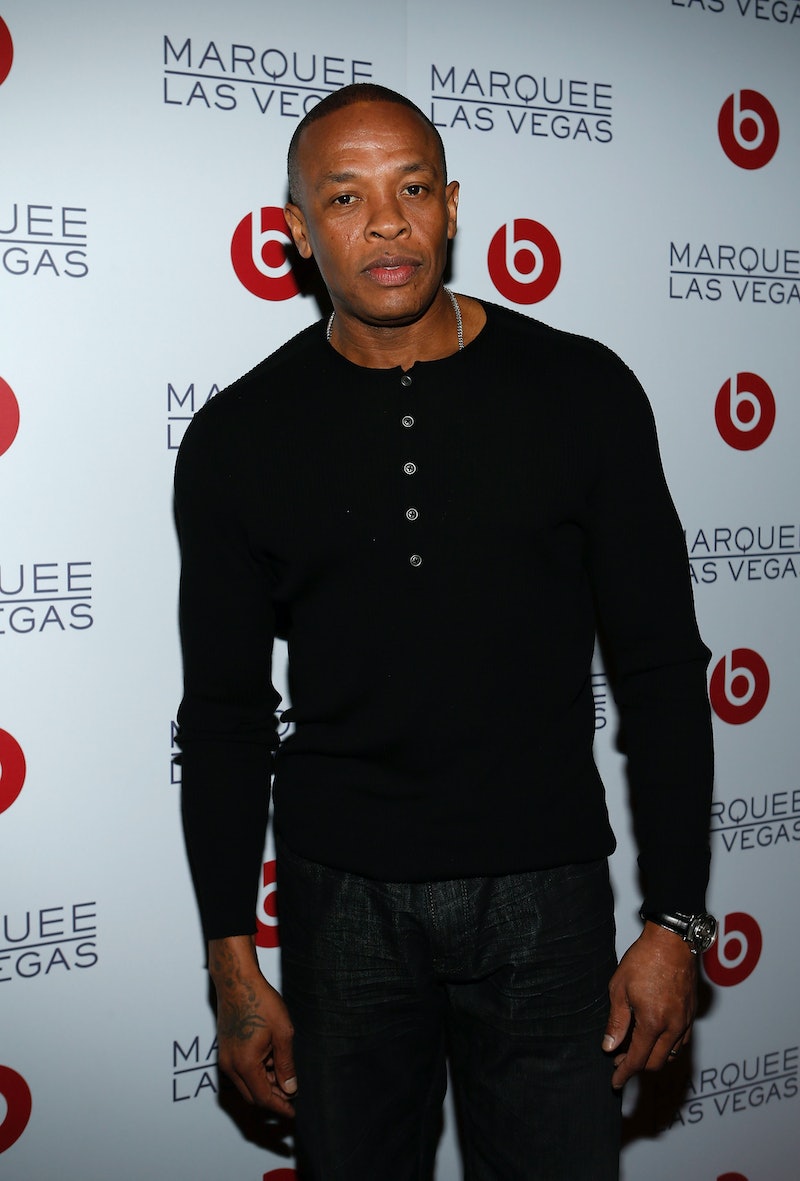 Every year Forbes ranks who makes the most money. Usually it's unsurprising, but this year's rankings have me scratching my head. According to the list, Dr. Dre is the highest-paid musician in 2014. Earning $620 million before taxes, Dre made more than Beyoncé, Justin Bieber, and Taylor Swift combined. Those three earned $115 million, $80 million, and $64 million, respectively. If my math is correct (and trust me, I triple-checked with a calculator), he earned more than double that grouping. It's also more than five times what Queen Bey made! My mind is practically exploding from all that math and money, but I'm even more puzzled by how this happened. After all, 2014 was officially declared the "Year of Beyoncé," right? (Or no, maybe that was just in my head?) Still, she had a hugely successful album and world tour.

While it may seem surprising, there's actually a perfectly logical explanation for why Dr. Dre raked in so much dough. If you haven't figured it out yet, it's because this year he sold his Beats company to Apple for $3 billion. Ahhh, it all makes so much sense now, huh? Especially since those headphones cost hundreds of dollars per pair. That's gotta increase a guy's income.

Aside from enhancing everybody's experience of listening to music, what else did Dr. Dre do this year? I'm glad you asked! I've decided to do some research about how the wealthiest musician spent 2014.

In June, Dr. Dre bought Tom Brady and Giselle Bunchden's estate for $40 million. This solar-powered property includes five bedrooms, nine bathrooms, seven fireplaces, a pool, and a koi pond. Sounds like a wise purchase to me!

Participated in the Ice Bucket Challenge

Just like most celebs, Dre got in on the Ice Bucket Challenge for ALS after being nominated by Apple's CEO Tim Cook. He even challenged his pals Eminem, Kendrick Lamar, and Snoop Dogg to participate. Based on how much he earned this year, I have no doubts he probably made a nice donation to fighting Lou Gehrig's disease as well.

Worked on his Album

For more than 10 years, Dre's been working on his album Detox. According to his website, it's "the most anticipated rap album ever" and reportedly will be his final studio album. While there's been a lot of build-up, there's no estimate of when it will actually be released. So I guess we'll just have to wait and see!

Eminem surprised fans by having Dr. Dre join him on stage at a show in London in July. If you want to see for yourself, skip ahead to the 2-minute mark in the video above. It's great to see these two reunited.

Sure, those events may not have had much of an impact on his earnings (and some even deducted money), but it's still nice to see what he's been up to this year... besides raking in tons of cash, of course!

More like this
Hailey Bieber Reacts To Rumors She "Stole" Justin & *That* Selena Gomez Chant
By Radhika Menon
Everything To Know About Taylor Swift’s 10th Studio Album, 'Midnights'
By Grace Wehniainen and Jake Viswanath
Justin & Hailey Bieber’s Relationship Is “Unbreakable” After Their Two Health Scares
By Bustle Editors
Where Is Former Bachelor Host Chris Harrison Now & What Is His Net Worth?
By Hugh McIntyre
Get Even More From Bustle — Sign Up For The Newsletter