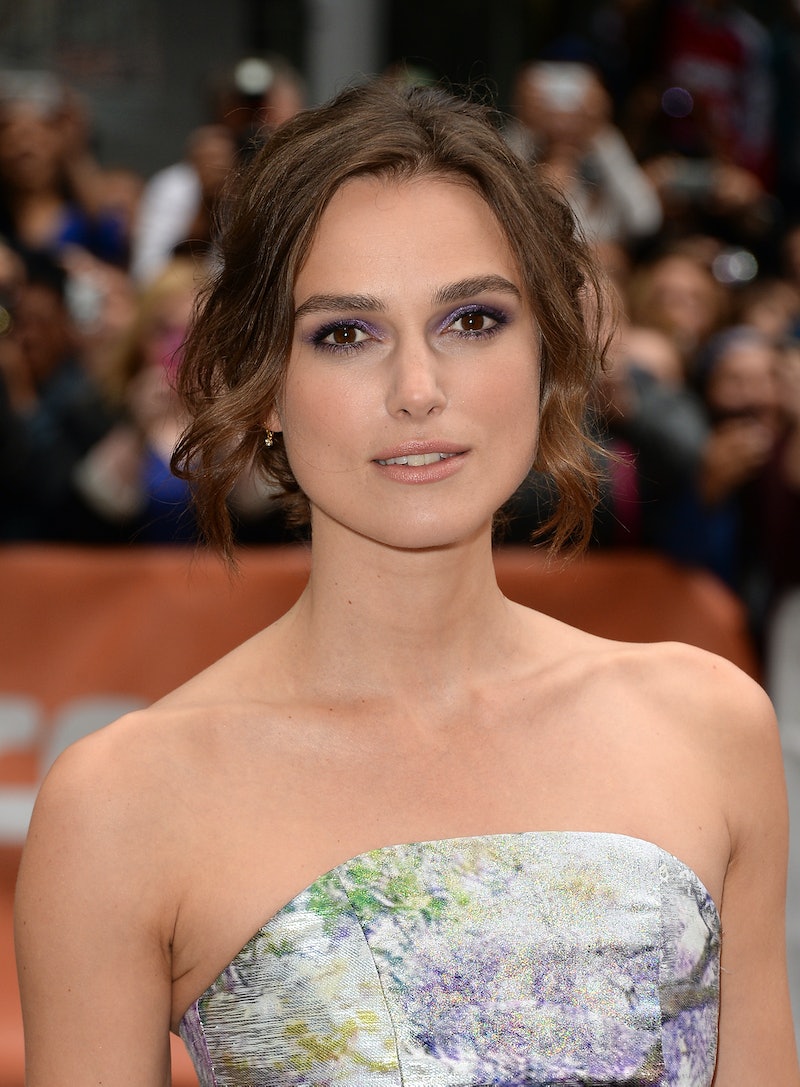 Forget about those Golden Globe nominees, because as reported on Thursday, we might have another celebrity baby on our hands. Reportedly, Keira Knightley is pregnant with her first child with husband James Righton. Remember, this is still pure speculation, but how exciting would this be if it turned out to be true? Seriously, she'd make one cute pregnant lady. Can you imagine how Knightley would dress up her baby bump? Seeing as Knightley was just nominated for a Golden Globe, she'd look extra stunning come award show time.

With all of this alleged baby news, I can't help but think about how amazing of a mom Knightley would be. First, can you imagine calling Knightley "mom"? How fantastic would that be? Second, she's proved time and time again that she'd be make any child feel happy and safe. Don't believe me? Then, I suggest you take a look at these few reasons why Knightley, one day, will make the most fitting mama to her children (if she actually is having any).

From being one of the most talented actresses today to embracing her feminism to showcasing her goofy side, Knightley embodies a variety of qualities that would classify her as a great mother.

She'll Be a Great Role Model

"I don't want to deny my femininity," she told Vogue in 2012. "But would I want to be a stay-at-home mother? No. On the other hand, you should be allowed to do that, as should men, without being sneered at."

She'll Teach Her Kid(s) to Embrace Their Inner Beauty

“I’ve had my body manipulated so many different times for so many different reasons, whether it’s paparazzi photographers or for film posters," she revealed when she went topless for Interview magazine. "And that [shoot] was one of the ones where I said, ‘OK, I’m fine doing the topless shot so long as you don’t make them any bigger or retouch.’ Because it does feel important to say it really doesn’t matter what shape you are.”

She'll Show Them It's OK to Defy the "Norm"

Knightley defied the "norm" of prom by going with her girl friend. She isn't afraid to go against what society accepts and stand up for what she believe in, which is important for any parent to teach their child.

Lastly, She'll Show Them It's OK to Embrace Your Silly Side

Like Knightley, her kids would also be in the spotlight, so it's important for them all to have fun and not take everything too seriously, which she is a perfectionist at.

More like this
15 Piping Hot Behind-The-Scenes Secrets From 'Great British Bake Off'
By Emily Dixon and Darshita Goyal
Kim Kardashian Reveals Her Response To Kanye’s Fashion Opinions
By Jake Viswanath
Molly-Mae & Tommy Fury Shared The Cutest Gender Reveal Video
By Sophie McEvoy and Sam Ramsden
Who Is Nick Cannon Dating & How Many Kids Does He Have?
By Jordyn Tilchen and Radhika Menon
Get Even More From Bustle — Sign Up For The Newsletter