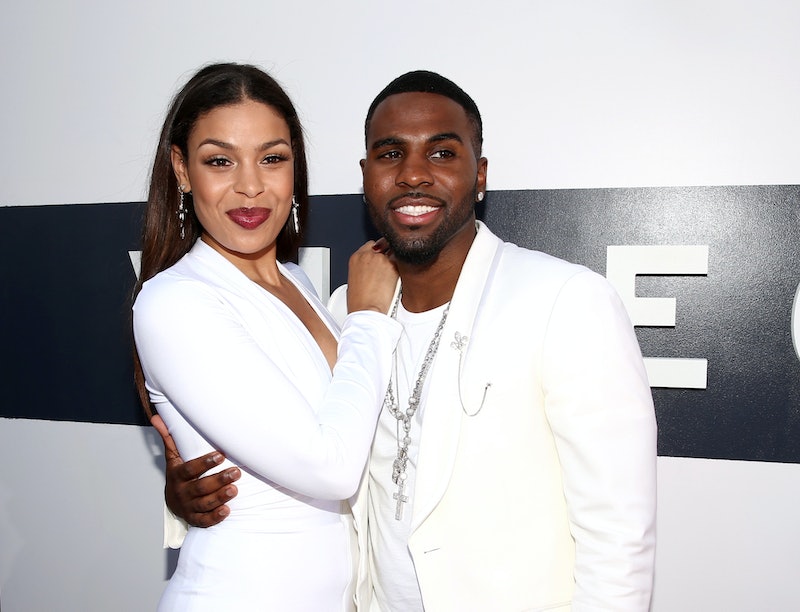 When Jordin Sparks and Jason Derulo broke up, the news came as somewhat of a shock simply because the two pop singers appeared to be the epitome of a happy-go-lucky pair who were destined for the altar. It didn't help that the song "Marry Me" prompted everyone to put them at the top of the wedding watch list. So, when Derulo confirmed the split from Sparks in a radio interview and basically described it as amicable, nothing seemed off about that. I mean, did anyone expect anything different from them? Well, after several vague comments from Derulo, a couple weeks ago Jordin Sparks finally broke her silence with "How Bout Now," a remix of a Drake song that completely went in on her ex and their relationship issues. And now, the 24-year-old has an explanation for anyone who questioned why she decided to air out her Derulo issues in the song.

"Every day was different and every day something new came out [during writing and recording sessions], and that day I was having one of those days where I was like, 'I'm just going to do it and I want my fans to hear this side of me. They need to hear it,'" Sparks told E! News. "My fans wanted to hear something but at the same time it wasn't really planned and I just went into the studio and whatever came out, came out."

After reading that, I can't help but give Sparks even more props for penning her very own version of Beyoncé's "Irreplaceable." I mean, even nice girls reach their breaking point. Instead of wasting precious writing material by trashing her ex in the media, she kept her cool even when Derulo took the opposite approach by addressing their split on Ryan Seacrest's radio show. In the end, she used her talent and creativity to get some stuff off her chest, gave the fans what they wanted, and still managed to come out looking like a class act.