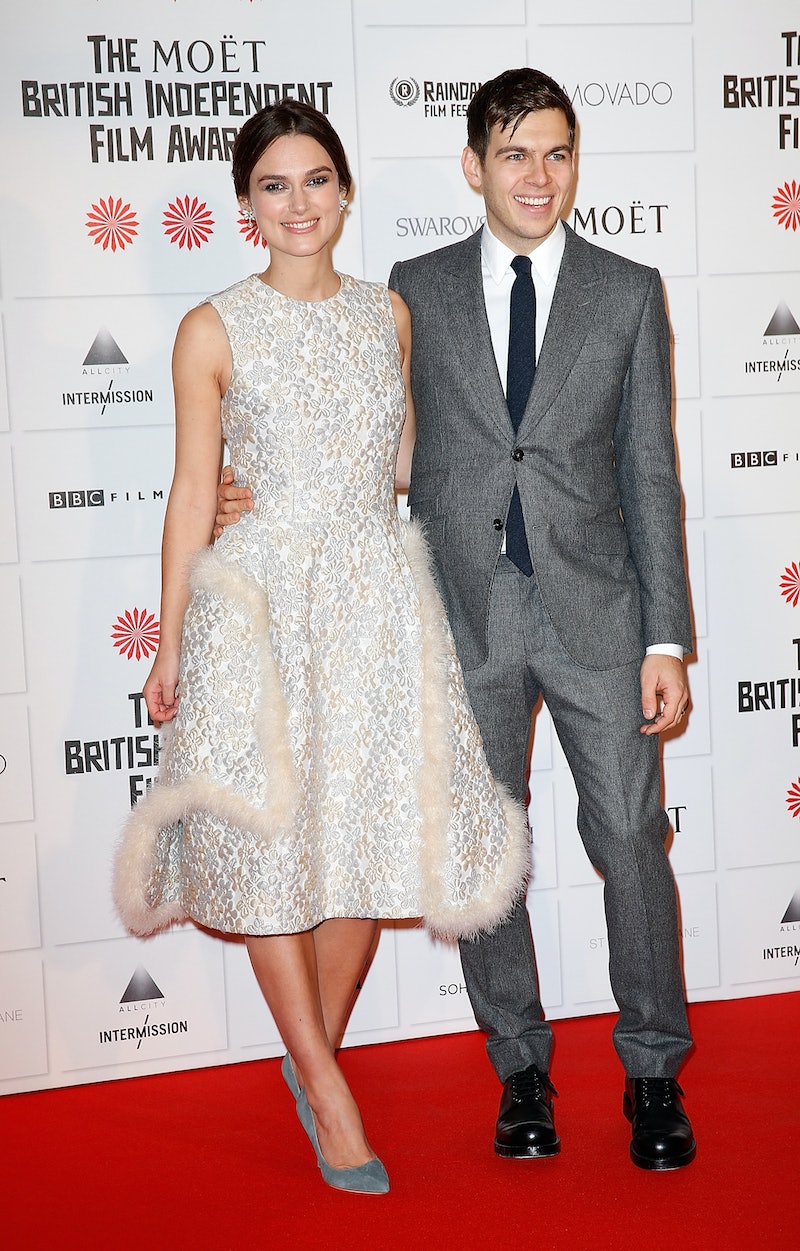 Update: According to her rep, Keira Knightley is pregnant. Knightley’s rep confirmed her pregnancy with Elle UK who reports, ”We just got off the phone with her rep, who happily admitted the rumours were true, but also said that Keira will not be making any further comment.” Amid reports that Keira Knightley is pregnant with her first child, you may have found yourself asking some questions: How could she not have told me first?! When is she going to post an Instagram of her sonogram? Who is James Righton? Is she having the baby with Johnny Depp or Orlando Bloom? Hold up. Back up a minute. One of those questions was reasonable! Who is Keira Knightley's husband, James Righton? That's valid, right?

Knightley may not actually be pregnant — she hasn't confirmed the news yet herself, but Us Weekly has confirmation from "multiple sources" and Page Six has reported the supposed pregnancy as well — but she is, in fact, married. Knightley and Righton got married in May 2013. Knightley told Glamour in 2014 of their decision to get married, "When James proposed, I just thought, 'Well, never done that before'. It seemed like a fun thing to do." I LOVE her attitude!

If Knightley is pregnant, this is quite an exciting time for her. The actress was nominated for a Screen Actors' Guild award on Wednesday and a Golden Globe on Thursday, both for her supporting actress role in The Imitation Game. This lady could end up with a SAG award, a Golden Globe, and a baby in 2015. Exciting stuff!

Even though we should all keep in mind that Knightley may not actually be pregnant, there's nothing wrong with us getting to know James Righton. If they do have a kid someday, we'll want to know that he's a fit father. And if not, we should still make ourselves familiar with the dude that will be on her arm come awards season.

He's in a Band

Righton is the keyboardist in the British band Klaxons.

He Met Knightley Through Alexa Chung

Ah, celebrity types always meeting through one another! According to the Daily Mail, Knightley and Righton met when model/television presenter introduced them in 2011. They got engaged in May 2012.

He's Was Pretty Stoked About Their Wedding

The musician told NME of the ceremony, "I just fell in love with someone who happens to be amazing. We had a beautiful wedding and there was a lot of love."