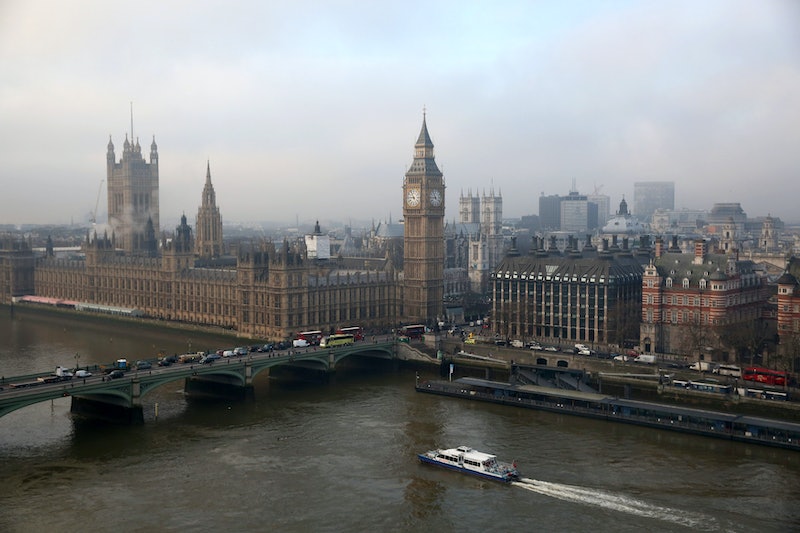 Anyway, in case you missed it, a bunch of our friends across the pond just hosted a sit-in outside of the House of Parliament to protest these rulings. I mean, it was really more of a sit-ON, if you catch my drift... Politics.co.uk has a very British summary of the whole shebang:

Dozens of fully-clothed men and women placed their crotches in contact with willing partners in protest against new pornography regulations, which came into force last week.

Once the assembled participants had gotten into position, they sang Monty Python's Sit On My Face song.

Tracy Clark Flory did an excellent write-up about the power dynamics of face-sitting this over at Salon:

Face-sitting, which is also referred to as “queening,” is typically about dominating or being dominated. ... The cultural symbolism here is just rich: What is more “demeaning” than a man being subsumed by a vagina, the place from whence he came?

But, like, I don't think we even need to dive into all that today! What I'd like to say is this: face sitting can be totally fun. Face-sitting is a great alternative to receiving on-your-back oral. Face-sitting is a crucial half of 69ing, which is a swell thing for two people to do together! And this is just me speaking from personal, vanilla experience, but I honestly think it's pretty easy to do safely, no matter what kind of junk's on top.

More like this
6 Organizations Fighting Police Brutality That You Can Support Right Now
By Syeda Khaula Saad and JR Thorpe
12 Aphrodisiac Desserts To Spice Up Your Valentine’s Day
By Kaitlyn Wylde
25 Inspiring Quotes From Black Women To Celebrate Black History Month
By Kyli Rodriguez-Cayro and JR Thorpe
Watch Jacinda Arden’s Devastatingly Honest Resignation Speech
By Sam Ramsden
Get Even More From Bustle — Sign Up For The Newsletter
From hair trends to relationship advice, our daily newsletter has everything you need to sound like a person who’s on TikTok, even if you aren’t.