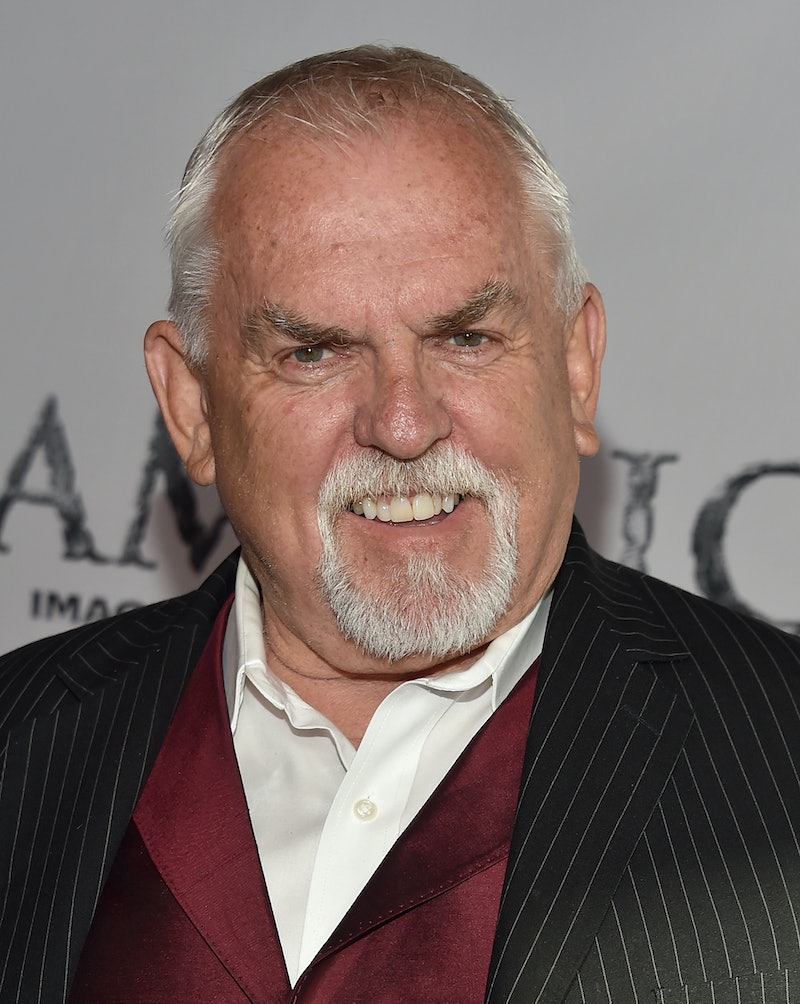 While it may seem like a holiday special designed to tell another story of someone who must learn the true meaning of Christmas, Lifetime's latest holiday TV movie, The Santa Con, is no cut-rate production. But I do think it's meant to maximize the amount of nostalgia the audience can feel, by casting Jaleel White (aka Steve Urkel), Melissa Joan Hart, and even John Ratzenberger in a supporting role. And if you're wondering what roles John Ratzenberger has played, the answer is: all of them. Or at least, more than you'd think.

Ratzenberger's career has spanned decades, and if you ever watched Nick at Nite or headed to the theater for the latest animated film, chances are you grew up with his comedy. His distinctive Midwest accent and his skill delivering punchlines have made him a favorite character actor. And he's made a legendary career out of frequently small, supporting roles. His tiny, one-line part in Star Wars: The Empire Strikes Back cemented his place in film history years before he took a step into Sam's bar in Cheers.

And even after putting aside some of his most classic roles, Ratzenberger has kept working. He produces his own reality show, Made in America and even invites people to pitch their reality concepts to his website, Reality TV Star, paying it forward to TV newbies. Point is, you've definitely seen (or heard!) John Ratzenberger before. Read on and prepare to be shocked as you realize Ratzenberger was a huge part of your pop culture childhood.

He Was the Fact-Spouting Mailman on Cheers

Ratzenberger's biggest role was Cliff Clavin, the lovable (but frequently wrong) mailman who sat around the bar on Cheers. But unlike Sam, Diane, or Norm, he wasn't one of the earlier breakout characters. Instead, the writers realized that they had a comedy machine with Clavin's character, and expanded his part from what was mostly just one-liners in the first season into one of the best characters in the ensemble.

One of his best moments was his misbegotten run on Jeopardy!, where his final answer was a joke so great, you just have to watch the clip — I won't spoil it for you. (And if you know any pop culture obsessives, this has to rank up there as one of the best TV punchlines of all time.)

He's Been in Every Pixar Film

From a school of fish to a Mac truck, the people at Pixar challenge themselves to come up with a better character for Ratzenberger to voice each and every time there's a new film. He's the only actor to have appeared (well, hear-ppeared?) in every single one, from Toy Story to Monster's University . My personal favorite is the Underminer, the moleman super villain from the end of The Incredibles, but I won't judge you if you prefer his carny huckster flea from A Bug's Life or Hamm the piggy bank from Toy Story.

In the time he doesn't spend acting, Ratzenberger stumps for more goods and services to be made in the USA. His reality show, Made in America, covered his journey around the country to profile different American manufacturers. And on his website, Ratzenberger sells gift baskets made up of household goods that are produced on American soil. But given his known, highly conservative political beliefs, it's a little hard to shake a vaguely xenophobic impression that I get from the store. Maybe it's just me — if you'd love a collection of can openers or screwdrivers made in the US.., check it out.

It's probably best to approach Ratzenberger's career the same way you would a distant uncle: he told the best jokes when you were growing up, but it's best to avoid paying any attention to his Facebook wall. So enjoy The Santa Con and look forward to whatever animated character Ratzenberger will undoubtedly be adding to the cast of Inside Out.