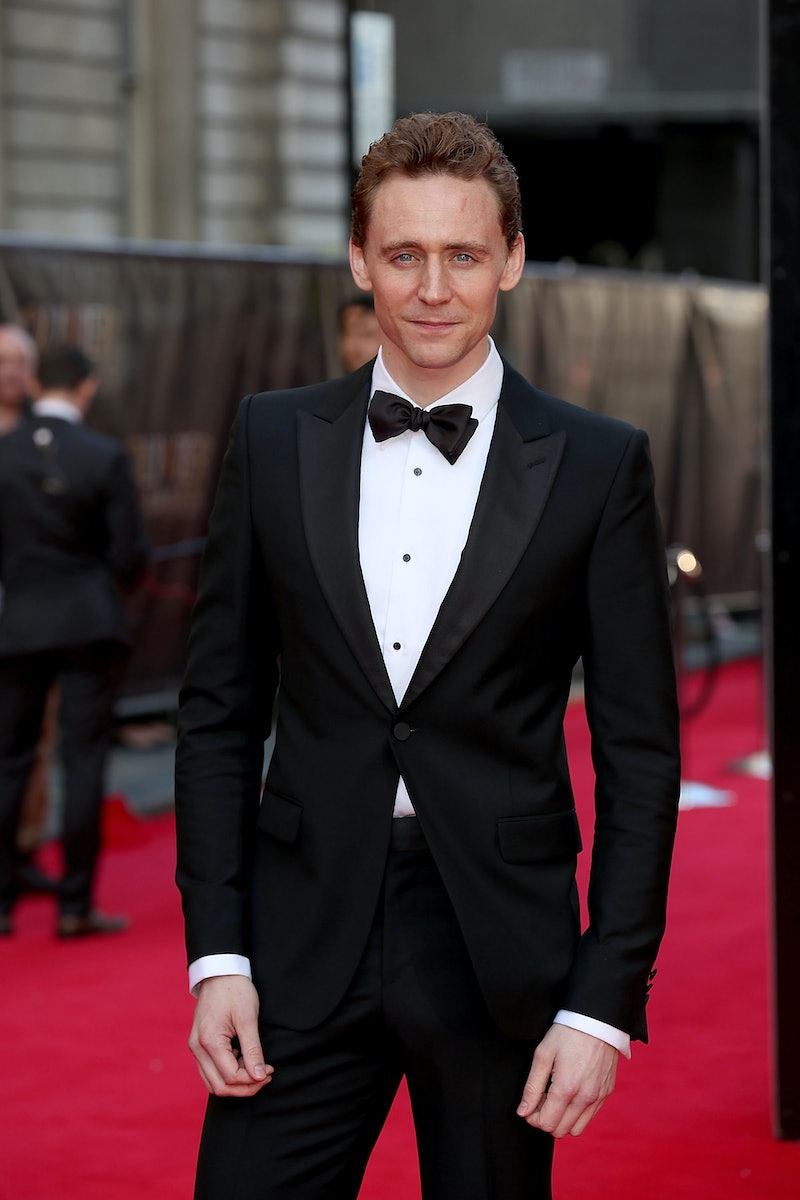 Tom Hiddleston has had a pretty big year. Maybe not as big as his friend Benedict Cumberbatch has had, but still. It's a good time to be a male British celebrity with a nervous energy and a talent for onscreen villainy. But surprisingly, very few of Hiddleston's successes for this year had anything to do with his role as Loki in the Avengers or Thor movies. Perhaps because of this, 2013 was a bigger year for Hiddleston, as Thor: The Dark World came out (cue the Tumblr freakout), and he also smoldered as a vampire in the dark and artsy Only Lovers Left Alive.

2014 was more of a year for Hiddleston to achieve offscreen. He continued to win the internet, but more importantly, he continued to engage in charity efforts and social movements. He's supported feminism and UNICEF and Greenpeace, among others, using his influence over all his devoted fans for good. Most of his Twitter posts involve helping these causes; he's a great example of a celebrity who knows how to appreciate his fans, but keep the important stuff in mind too.

Here are some of the major Tom Hiddleston moments from 2014, from activism to acting.

Becoming a Voice of the "He For She" Movement

Tom Hiddleston was all about supporting feminism in 2014.

And there was some stiff competition. And he's not even an Avenger!

Playing the Lead in Shakespeare's Coriolanus in Convent Garden

He won a few awards for his performance, including a nomination for the Laurence Olivier Award for Best Actor.

Cumberbatch is totally cool with it though. Nothing can shake that friendship.

This seems like it will be a pretty serious project, one that shows off his musical side.

Appearing Alongside Sir Ben Kingsley in an Amazing Jaguar Ad

It's good to be bad.

He'll appear alongside Jeremy Irons, Sienna Miller, and Elizabeth Moss in this artsy thriller slated to premiere in 2015.

A rite of passage for any British celeb.

After reading the Avengers script, Hiddleston sent an adorable letter to Joss Whedon, describing the script as "grand and epic and majestic and poetic and lyrical and wicked and rich and badass." It was recently published in Joss Whedon: The Biography.

Appearing in Muppets Most Wanted

The muppets are a pretty big deal, and Hiddleston got to show off his lighter side as the Great Escapo.

Getting Impersonated by Benedict Cumberbatch