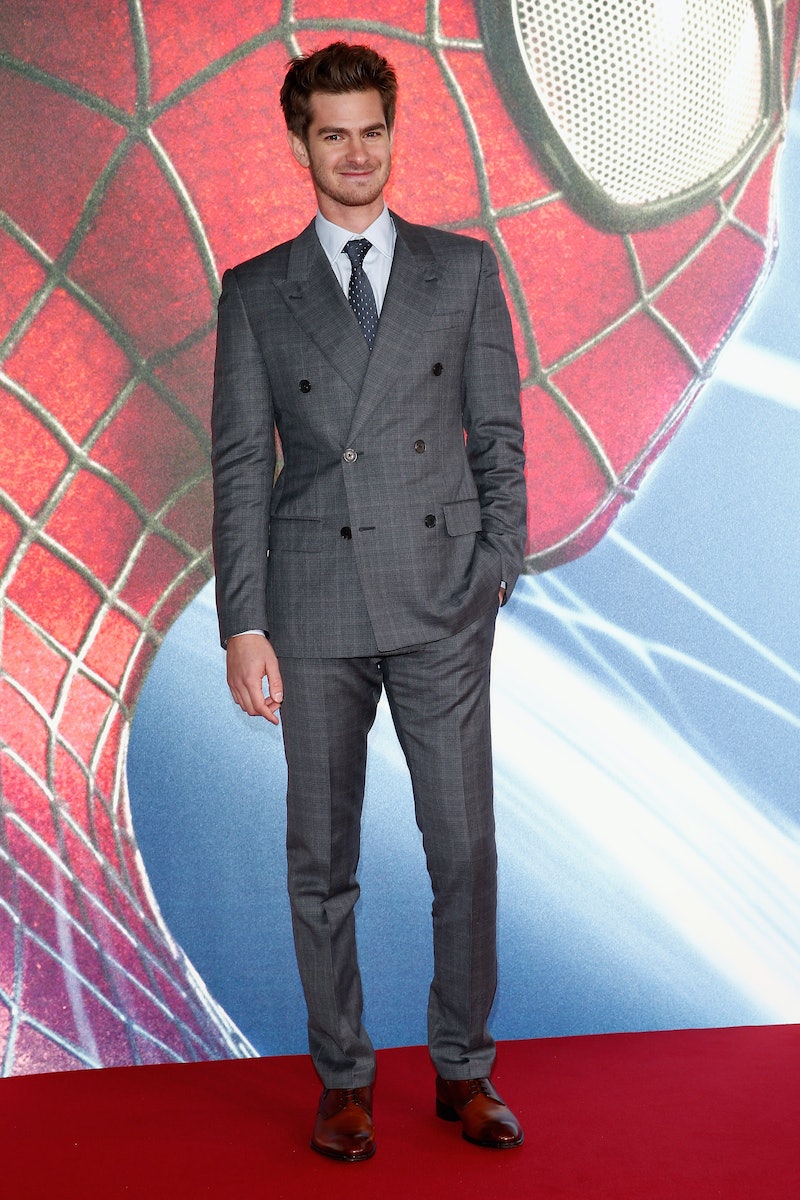 Guys, we have an emergency. As it turns out, the Sony hack might have done more than just expose a bunch of celebrity alter-egos and leak movies before their release dates. The latest ripple effect caused by the security breach could end up affecting all of us — well, if you're as in love with Andrew Garfield as I am, anyway. Yahoo! Movies is reporting that Marvel wants to get the rights to Spider-Man back from Sony... and that includes creative control. And, unfortunately, from the way things are looking, they wouldn't necessarily bring back the most recent Spidey (or the rest of the movie's stars). Is it just me, or is that the worst news ever?

Basically, Marvel has decided that they aren't crazy about the direction Sony is taking the franchise, so they want their characters back. Totally understandable. However, if they do get ownership back, they don't seem too inclined to keep contracts with Sony-hired cast members, including Garfield. I've never been a die hard comic book fan... even in their movie incarnations. But a deep, impenetrable love of Emma Stone drew me to the first The Amazing Spider-Man movie and its sequel, and has thus fostered a deep, impenetrable love of Garfield. Spider-Man without Garfield just wouldn't be Spider-Man to me. The only thing worse than hiring another actor to play our friendly neighborhood Spider-Man would be bringing Tobey Maguire back, and nobody wants that.

Marvel, if you do get control of the franchise, please hear my plea. Losing Garfield would be the biggest possible mistake you could make at this point for the following reasons.

This isn't the world's most solid reasoning. After all, there are a lot of attractive actors out there. But it's still true, so it belongs on the list, and I don't care how shallow it makes me. When my boyfriend drags me to comic book movies, I want to have something nice to look at on screen lest I end up eating my weight in popcorn out of boredom.

Not just anyone can pull off Spider-Man's sass, you know. He's an outcast, and kind of a nerd, but he doesn't not have friends because he's a nerd — it's because he refuses to give into the idea that he should care what his peers think. It's the Spider-Man swag, y'all. Only Garfield has it.

Another Spider-Man Would Just Be Wrong

Especially if they continued with the storyline that's happening now. I'm sorry, but I can't see another dude mourning the loss of Gwen Stacy in the next movie if he's not even the same guy who last donned Spider-Man's trademark spandex suit. And if they bring back some of the cast members but not Garfield (presumably to save money), I'm not into watching Sally Field play doting aunt to some totally different dude. They'd have to introduce an entirely new cast and an entirely new story... which seems like a huge waste of time and money since the one that already exists is working so well.

Marvel, please, I beg you, do not do this to me. I just got over accepting Ben Affleck as Batman. I cannot do this all over again.