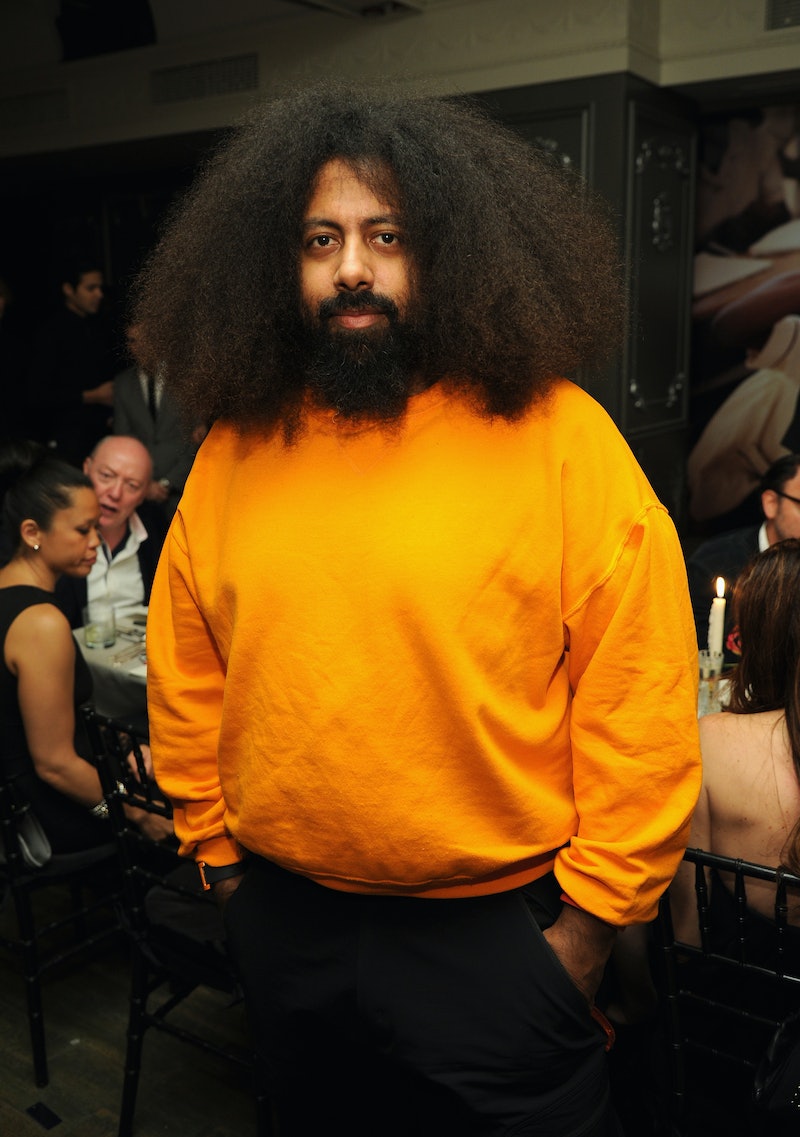 While I'm still devastated Craig Ferguson will no longer be with the Late Late Show just 7 short days, I have to say: I am getting more and more excited to see this newly revamped Late Late Show with James Corden as host. Corden has already proven himself to be a hilarious presence in comedy, thanks to roles in popular shows and films like Gavin & Stacey and How to Love Friends and Alienate People, so I have no doubt he'll shine on Late Late Show – just like I have no doubt that this new addition will shine right along with him. According to EW, the Late Late Show has enlisted Comedy Bang! Bang! 's Reggie Watts as bandleader, and confirmed that he'll be making his debut on the show when it premieres with Corden as host next year.

Though it's undoubtedly sad news for any Comedy Bang! Bang! fan to hear that Watts will be leaving just after it was renewed for a 40-episode fourth season, but, for what its worth, Comedy Bang! Bang! host Scott Aukerman has given Watts his blessing on Twitter, and even offered a little good news for fans who are currently crying over Watts' departure:

In addition to the news of Watts' casting as bandleader, the show's network, CBS, also announced that the premiere date of the Late Late Show has been pushed to slightly later than initially expected: Instead of March 9, the series will now premiere on March 23, mostly for advertising purposes. It's only a matter of weeks, though, so I think we'll all be alright.

More like this
Jinkx Monsoon Is About To Get Real Sketchy
By Sam Ramsden
Kenan Thompson Pointed Out A Super True Detail About 'Friends' In His Emmys Monologue
By Grace Wehniainen
What’s New On Netflix: Meet 'The Real Bling Ring'
By Arya Roshanian
What’s New On Netflix: Camila Mendes & Maya Hawke 'Do Revenge'
By Arya Roshanian
Get Even More From Bustle — Sign Up For The Newsletter