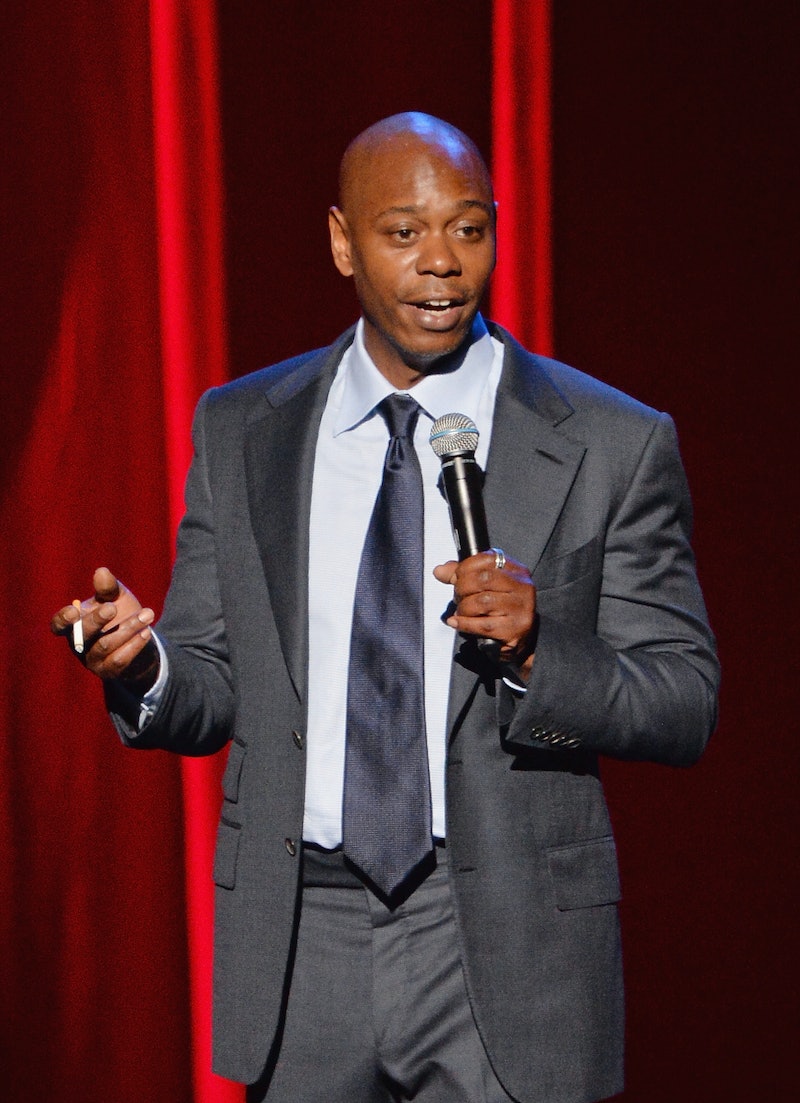 This is one comedian straying from the funny and turning his comedy show into a place of real talk. During a recent show in New Orleans, Dave Chappelle revealed he was once choked by police in the Big Easy decades early, most likely during the filming of 1993's Undercover Blues where he played a mugger. Before getting into his own story, Chappelle was commenting on Eric Garner's death, which in turn led to the discussion of his own experience dealing with the police.

Chappelle claimed once when he stepped off the set of one of his very first movies a police officer came up behind him and put him in a chokehold. Eventually, the police officer let go after a female crew member told the cop Chappelle was an actor. Reportedly, the officer asked her, "Why didn't he say something?" Well, apparently, because Chappelle didn't expect anything less. The officer and the chokehold didn't surprise the comedian, because it's something he expected as a black man in America. His thoughts at the time were, "Okay, here we go." This particular story will hit home for many, especially in light of Garner's death and everything going on in Ferguson, Missouri.

It's no secret that comedians use their shows as, obviously, a place to tell jokes, voice their opinions, express their personal stories, and incorporate the news of today, all of which is exactly what Chappelle is doing. Sometimes bits are funny, while others are quite serious even if they're told as a joke. Chappelle is showing just that. He appears to be keeping his show honest, funny, and real all-at-once.

More like this
Where Is Armie Hammer’s Ex-Wife Elizabeth Chambers Now After 'House Of Hammer'?
By Grace Wehniainen and Radhika Menon
Britney Spears Shares Unknown Details Of Conservatorship In New Voice Notes
By El Hunt
Where Is The Bling Ring’s Rachel Lee Now?
By Arya Roshanian
What Is 'Pretty Wild' Star Tess Taylor Up To Now?
By Morgan Leigh Davies
Get Even More From Bustle — Sign Up For The Newsletter