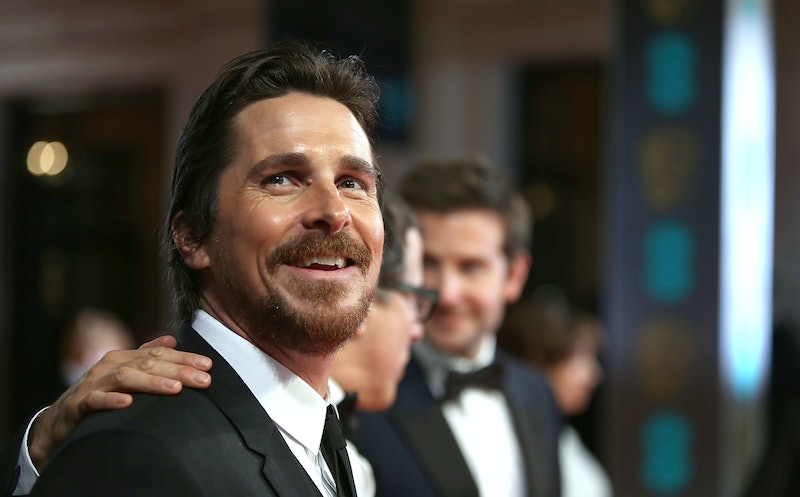 When I was a kid, I never really got into superhero-themed shows like Batman: The Animated Series, Transformers or Spiderman — not until high school did I actually begin to fall in love with action-packed superhero movies. This was, of course, mostly thanks to the release of various live-action remakes of America’s beloved comic book characters: For instance, Christopher Nolan’s most recent Batman movies, all three of which I've been obsessed with since their release. Though I was disappointed to see the franchise end with The Dark Knight Rises, it does make me happy to know that the movies live on with fans and even the actors who participated in them — apparently, even Batman himself, Christian Bale, ponders the meaning behind the ending of The Dark Knight Rises just like the rest of us.

Unfortunately, however, the actor didn’t answer anything we didn’t already know. When asked by a fan about the final scene of the film and if it was just a dream sequence, and whether or not Alfred joined Selina and Batman at their table in Paris, this is what Bale said:

[Alfred] was just content with [Bruce Wayne] being alive and left because that was the life he wanted for him. And I find it very interesting and I think with most films I tend to say it’s what the audience thinks it is. My personal opinion is no it was not a dream. That was for real and he was just delighted that finally he had freed himself from the privilege but ultimately the burden of being Bruce Wayne.

To be honest, I don’t think that was a mystery to myself or anyone else who saw the movie. It wasn’t like an Inception type thing (did the totem fall or keep spinning?! I NEED TO KNOW!) and I felt it was pretty obvious that Bruce Wayne had survived. Although I thrilled that Bale just re-confirmed that for everyone, it would’ve been nice if we had discovered something new. For instance, did Joseph Gordon-Levitt’s character, Blake, aka Robin, take over for Batman? Will I have to live with Ben Affleck as Batman forever now?

There are so many other unanswered questions here, so maybe next time (if there is one), Bale’s fan will ask him something a little more interesting.

More like this
Harry Potter's Viktor Krum Has Undergone A Huge Transformation Since Hogwarts
By Sam Ramsden and Meguire Hennes
Margot Robbie Breaks Her Silence On *That* Viral 'Barbie' Moment
By Maxine Harrison
The First 'Percy Jackson & The Olympians' Teaser Comes With An Ominous Warning
By Grace Wehniainen
Nicola Coughlan Shared A Lady Whistledown Excerpt From ‘Bridgerton’ Season 3
By Grace Wehniainen, Alyssa Lapid and Sam Ramsden
Get Even More From Bustle — Sign Up For The Newsletter