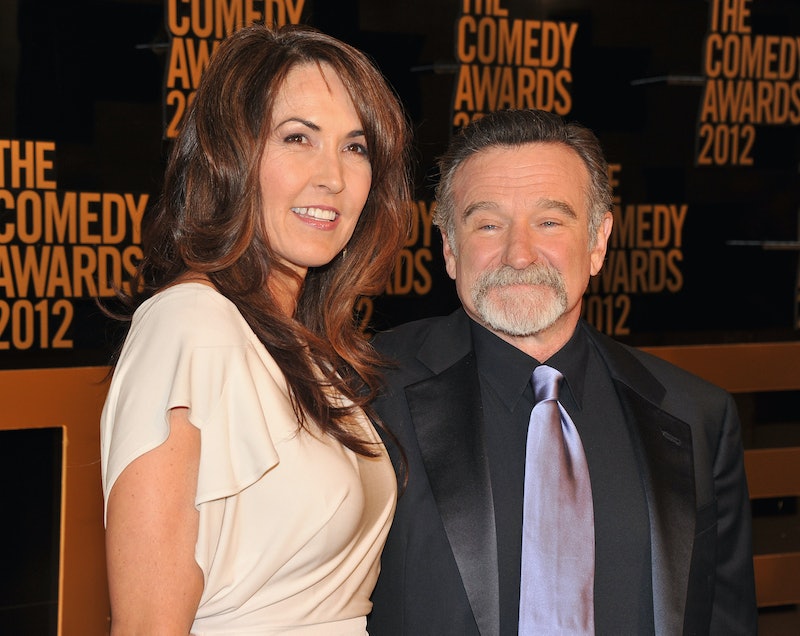 It’s already been four months since Robin Williams passed away in his California home in August, it feels like just yesterday that the actor and comedian was making TV appearances and filming projects that made us all laugh and smile. While it’s been difficult for fans touched by his great work to deal with the shocking news of his tragic death, the actor’s memory lives on through those that remember him best — and it's things like this that bring comfort to fans grieving the legendary comedian. On Thursday, Robin Williams was remembered at the Night at the Museum: Secret of the Tomb premiere in Hollywood, as everyone who remembered him best gathered to watch him in one of his final film roles.

Williams’ widow, Susan Schneider, attended the premiere in honor of her late husband, who played a mannequin version of Teddy Roosevelt in the franchise about museum characters that come to life. Through the sadness and tragedy that surrounds Williams' death, Schneider was in good spirits as she celebrated her husband's work.

Similarly, Williams’ co-stars all paid tribute to him at the premiere with their kind words and memories of the actor, including Night At the Museum 3 star Ben Stiller.

“I honestly felt fortunate every day that I got to work with him because I was such a fan of his as a kid,” Stiller told Us Weekly. “I never really got over being starstruck by him… so for me just any day I got to work with him was exciting. The thing that comes through in his work is who I felt he was as a person, the little that I knew him is this genuine warmth, this genuine sense of caring for other people that is a part of what you see anytime you see him on film.”

Stiller, who plays main character Larry Daley in the film, was only one among several others like Ricky Gervais, Dan Stevens and Steve Coogan, who reflected on their time with Williams over at Us Weekly, which can be viewed here. As the movie premieres in theaters Friday, Dec. 19, I know we’ll all be thinking of Williams and the huge impact he not only had on Hollywood, but on the lives of his fans as well.