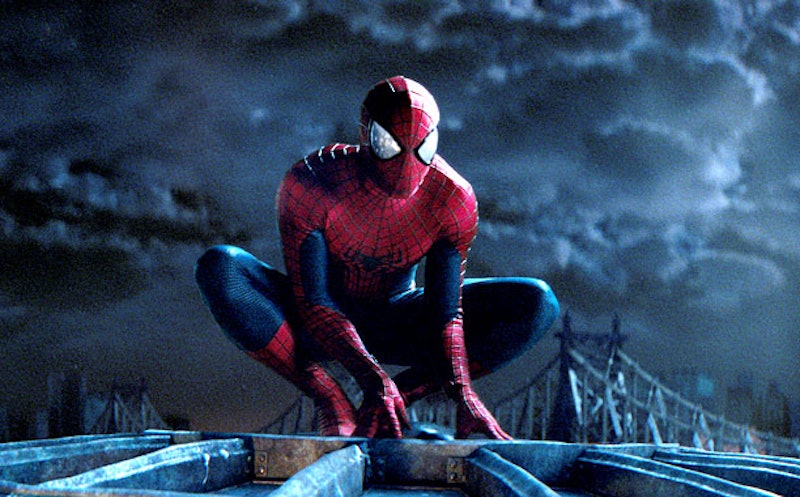 From reports that Marvel might drop Andrew Garfield as Spider-Man if they can get the rights back to their character from Sony, to news that Peter Parker probably won’t make it into Captain America: Civil War, our masked hero has had a lot of problems lately. In fact, so many issues that it actually seems that this famous comic book character might just be cursed. However, with all of disappointment surrounding Spider-Man in recent days, especially considering important his role is in the Civil War comic, there might be something else we should take into consideration: Maybe Spider-Man isn’t necessary for Civil War after all.

I know how crazy that sounds — believe me, I love my comic book heroes and think movies should stay true to the original stories — but The Hollywood Reporter’s Graeme McMillan made a good point recently with this statement:

Given the character’s lack of standing the Marvel Cinematic Universe to date, it’s almost impossible to make the character perform the same function in a movie as he does in the comic book… There’s no reason for the other characters to care about him one way or another, never mind implicitly trust his moral compass.

So to fill you all in, Civil War is by far one of Marvel’s most crucial comic book stories because it involves the idea of superheroes having to come forward with their identities if they want to continue to, well, be superheroes. Since Iron Man, aka Tony Stark, has already reveled his identity to the authorities and the public as we know from the films, he attempts to convince Captain America and Spider-Man to do the same.

From there, the comic book illustrates how Spider-Man actually comes forward and reveals himself to the world but then changes his mind and fights alongside Captain America. So basically, he plays a pretty important part in the story.

However, McMillan is on point. Considering the fact that Sony has owned the rights to Spider-Man movies this whole time, and since he hasn’t even been involved with any of Marvel’s other characters to date because of this, I feel like the personal connection between all three heroes wouldn’t feel right. I know we’re supposed to assume that they’ve all been comrades and have fought together (Spider-Man is actually supposed to be one of the Avengers in the comic books), but will that be believable on screen?

McMillan also goes on to point out that if necessary, Bruce Banner (the Hulk) and Thor would also be good replacements for Spider-Man’s role in Civil War.

“Both Thor and The Hulk have both the familiarity with the audience and the characters to step into the role Spider-Man played in the comic book, as well as the lack of guile necessary to make them suitably unbiased point-of-view characters for the audience.”

As much as I have followed and love Spider-Man (even with Toby Maguire), his absence from The Avengers makes his part in Civil War seem nonsensical. Not to mention the fact that everyone would go berserk if that really did mean requiring a new Spider-Man when everyone loves Garfield so much in the most recent movies. Honestly, it’s exactly the way I feel about Ben Affleck suddenly taking over the role as Batman so soon after Christian Bale’s being in the 2012 release (only two years ago!) of The Dark Knight Rises. And though Affleck has kind of grown on people now, I can assure you that I wasn’t the only one upset with this decision.

So in the end, though we might not get to see Spider-Man unmask himself, his role in Civil War would probably just awkward and unnecessary.

More like this
'The Distant Echo’s Ending Mirrors 'Karen Pirie' In One Crucial Way
By Catharina Cheung
This Episode 6 Moment Foreshadows Viserys' Fate On 'House Of The Dragon'
By Grace Wehniainen
Nicola Coughlan Shared A Lady Whistledown Excerpt From ‘Bridgerton’ Season 3
By Grace Wehniainen, Alyssa Lapid and Sam Ramsden
These 25 International Horror Movies On Netflix Prove Fear Is A Universal Language
By Bustle Editors
Get Even More From Bustle — Sign Up For The Newsletter