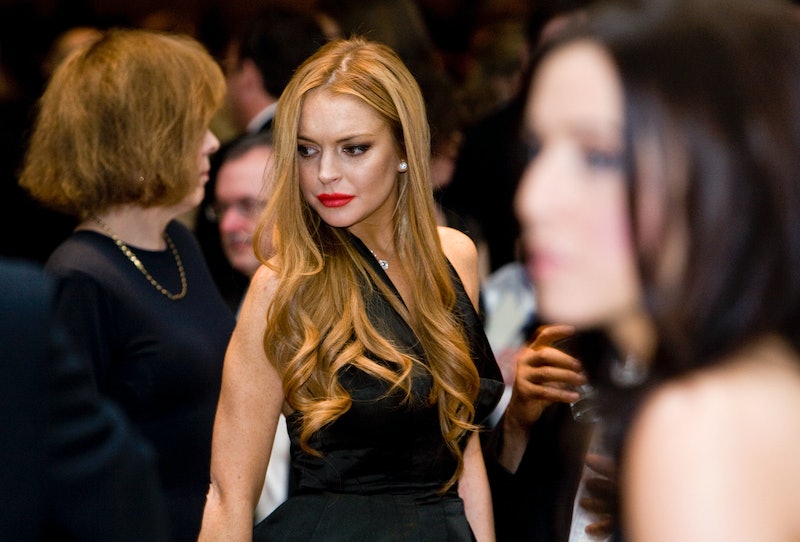 It’s been some time since I’ve last heard anything about Lindsay Lohan, excluding her not so glowing reviews of her performance in Speed-the-Plow, but that’s probably a good thing. Ever since she became Oprah Winfrey’s subject for a series documenting her road to redemption, the actress has actually stayed out of the spotlight and has cleaned up her reputation. In fact, it appears she loves the lack of attention so much that when The Guardian interviewed her recently, Lindsay Lohan said she would never move back to Los Angeles.

Though that might be a hit to some of her American fans that may be waiting for her return to the states, I actually think her decision to stay put in London is a great idea. Based on her interview, she seems to love the scene over in England and even stated, “I needed to grow up and London is a better place for me to do that than anywhere else.”

After several arrests, DUIs and court date after court date, Lohan was in a tough spot for many years and it’s nice to see how she’s turned everything around and has really matured. I’m actually ecstatic for her and she’s just living proof that it really is possible for people to change.

“I won’t live in LA again, hell no,” Lohan said to The Guardian. “My friends tell me shit when they come over I don’t want to hear. I don’t even know who got married and who got pregnant. You turn on the news in LA and it is all gossip about people. All the stuff that is going on in the world right now and this is gossip is news? I love the BBC. I haven’t heard myself mentioned on TV since I have been here. That has been really weird for me, and great.”

So it seems that Lohan has already put the past behind her and is moving on to bigger and better things, and that’s extremely commendable. I’m sure people here will miss her, but if London is a place she feels she’ll truly succeed without all the drama, then that sounds good to me!

More like this
Lindsay Lohan & Jonathan Bennett Celebrated Mean Girls Day Very Differently
By Jake Viswanath
Everything To Know About Taylor Swift’s 10th Studio Album, 'Midnights'
By Grace Wehniainen and Jake Viswanath
Beyoncé’s Special Tribute To Sister Solange Was Both Touching & Hilarious
By Stephanie Topacio Long
How Ghosts Inspired Kesha’s New Music
By Jake Viswanath
Get Even More From Bustle — Sign Up For The Newsletter