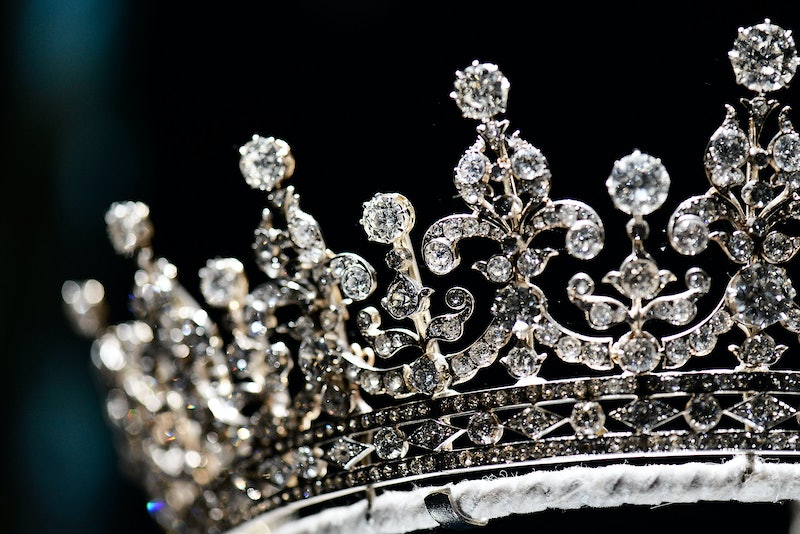 Another Miss World has been crowned with that skyscraping crown: At the Miss World pageant on Sunday night in London, the first place award went to Miss South Africa, Rolene Strauss. Strauss, a medical student, is only 22 years old, and was crowned by the 2013 Miss World, Megan Young of the Philippines.

As reported by E! Online, Strauss is following in her parents footsteps: at only 22 years old, she's already a fourth-year medical student (no idea how she had time to do a global pageant; I guess some people are just really great at multitasking). Strauss is the daughter of a doctor and a nurse. She's the third winner to ever be crowned from South Africa. The second and third runners-up were Edina Kulcsár from Hungary and Elizabeth Safrit from the good old U.S. of A.

Strauss wore an extremely feminine gown that Molly Ringwald in Pretty in Pink would have coveted: In pastel pink with an off-the-shoulder, sweetheart neckline and hella ruffles on her skirt, Strauss definitely looked the part of a Miss World. Maybe the weirdest part of the whole ceremony was a performance by Sky Blu from LMFAO who played "Party Rock Anthem," a song we'd all forgotten about. Congratulations, Rolene Strauss!