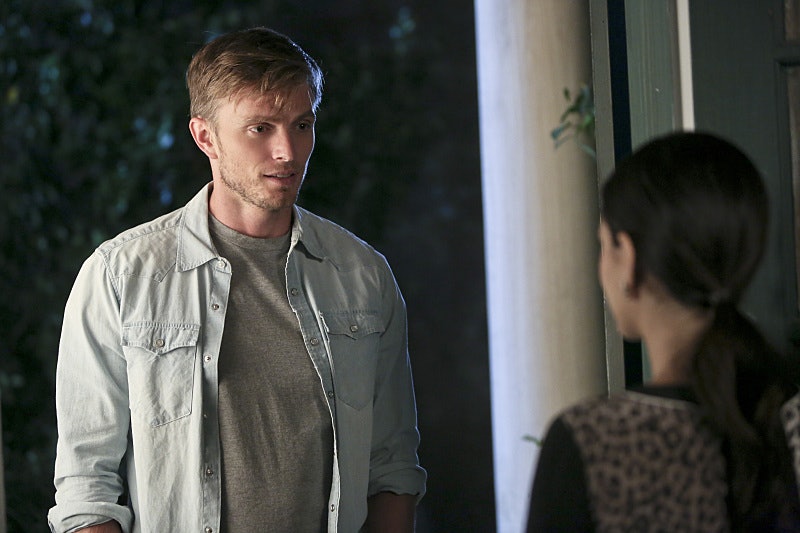 When Hart of Dixie returns on Dec. 15 for its fourth season, Zoe Hart will be on a mission to win back Wade's heart, Levon and George will be on the same mission for Lemon's and Annabeth's own heart will still be broken. And with only 10 Hart of Dixie episodes in Season 4 — potentially the series' last — the drama is going to be coming at us quickly. Spoilers revealed that Zoe will be pregnant for most of the season, with someone's baby we're not sure of yet. Wade will man up and play the therapist for a lovesick Lavon and George. Lemon might come back with a new man and use him as an excuse not to choose between her two lost loves.

Writers and producers have hinted that this season might be Hart of Dixie's last, but Gerstein told E! Online that they won't know HoD's fate for sure until later in the season. In other words, Season 4 was written with the intention of tying up all loose ends in the event of the series' cancellation. Ten Monday nights isn't a whole lot of time to cover all the drama, but it definitely means every episode will be jam-packed with info. With the series' end in mind, these are the 10 plots that need closure this season.

Unless the writers of HOD have a death wish, Zoe and Wade need to end up together by season's end — no ifs, ands, or buts. Zoe vowed never to give up on Wade, and even though he swears he didn't stay for her, a part of him probably did. Also, the sex scenes are a must.

An Epic Lemon Monologue (And Maybe a Choice Too)

She might choose one (hopefully G.T.), or she might not. But even if she does, Lemon won't end up with either of them without making them sweat first. Early in Season 3 she had both of her flings literally jousting for her, so I can't imagine what Lavon and George are in for.

It must have taken Annabeth a massive amount of strength to walk away from Lavon, especially after going through a divorce. If Lavon can't see that A.B. is the best catch he's going to find in that little town, the mayor's not as smart as he would have you believe. When HOD ties up its relationships, it has to be Lavon and A.B. in the end.

Wade Developing a Relationship With His Father

Crazy Earl Kinsella has a huge heart inside there somewhere and Wade needs to find a way to love him for who he is. I hate to say it, but Earl might not have much time left and is entirely unappreciated by his son. If ever Hart of Dixie had a death, it might be Earl's life on the line, and going out with their relationship the way it is would absolutely crush Wade.

A Healthy Relationship For Brick

Brick's relationships have arguably been the most dysfunctional of anyone's on the show. It's time he found someone deserving of him, and more importantly one who can be a true mother figure for Lemon and Magnolia.

Between attempting to seduce Wade and getting kicked out of boarding school, Magnolia hasn't been on the best path. Right now she's jealous of the attention Rose is getting from Brick, so hopefully she'll see as an epiphany that she needs to shape up a bit.

Two of the series' biggest guest stars were Legally Blonde the Musical's Laura Bell Bundy and U.S. gymnast McKayla Mahoney and both of them deserve a proper goodbye. Laura Bell Bundy's character Shelby played a huge part in Brick Breeland's character development, so we can't get rid of her just yet.

Rose Needs Love & To Maybe Save a Life

Rose deserves a boyfriend if this really is the final season, because why not? But she also has been shadowing Brick at the office and it would be really nice to have a season climax strictly dedicated to her journey.

I don't think any fan expected Cricket to come out at her wedding, but I'm all for it. The whole time, we thought it was her husband who was gay, so this was a fairly epic twist. But that can't possibly be the end of it — it'll come up again and hopefully with an equally shocking love interest.

Tom & Wanda Being the Cutest Parents Ever

Because it's Tom and Wanda — aka the world's most perfect couple.

More like this
Kaley Cuoco Was Set Up With Her New Boyfriend Tom Pelphrey By Her Manager
By Hugh McIntyre and Jake Viswanath
Every Celebrity From 'The Masked Singer' Season 8 Revealed Or Rumored So Far
By Gretchen Smail
Paul Mescal, Man Of Mystery
By Samantha Leach and Heather Hazzan
Mike Flanagan Teases 'The Midnight Club' In This Exclusive, Creepy Clip
By Grace Wehniainen
Get Even More From Bustle — Sign Up For The Newsletter